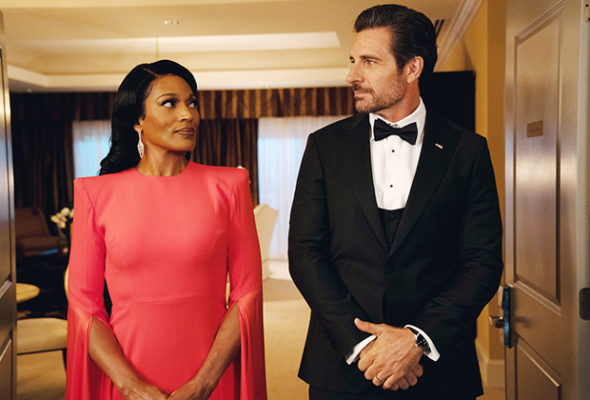 Big news for Tyler Perry fans! According to Deadline, BET has renewed Perry’s TV show The Oval for a second season.

In a recent article, Deadline reports season two of The Oval was supposed to begin production in March right before the coronavirus shut down production. Season one is slated to return on May 6th on BET.

In the article, Perry laid out his plan to re-open his studio and begin production on The Oval with a limited crew:

It takes me 2 1/2 weeks to shoot a season of 22 episodes, and all of my shows are shot on the lot — we never leave the lot for anything anyway. So everything is already there.”

What do you think? Are you a fan of The Oval? Will you watch season two?

So excited for season two, exspecially how season one need.

Yes, I love this show. Can not wait until it returns.

Too much disrespect not enough love and lack of kharma!

Tried to watch the president in the oval was much too disrespectful of first lady total lack of common courtesy and respect. I had to stop watching.

I’m so happy that it is returning. I miss that family. Yaaeee!!! So good.

Yes I’m anxiously waiting for season 2 to see what messiness they have in store for us viewers. The President & First Lady are crazy! Their kids are psychotic worst than their parents anyway they keep me entertained!

I like everything Tyler Perry. Don’t cancel thel Oval. I also saw the preview of Ruthless. Great job Tyler!

YES, YES, and YES I can believe things do happen in the White House, especially in the Oval Office.
I Love it.

I will be watching the show….Please Do Not cancel this show Mr. Perry

Mr. Perry. I’m a big, big fan of Oval, me and my daughter. Please bring Oval back, thank you.

Yes. I will be watching the Oval. Very good show.

The Oval, Sisters , Especially The House Of Panye, If Loving You Is Wrong. Bring It Back. Don’t Forget Netflix Series Starring Hannah, And Phillisa Reshad. THUMPS UP

Yes, I like the show!! I cannot wait for Season 2. Glad it’s coming back for another season

Yes I love the show and will watch every Season produced.