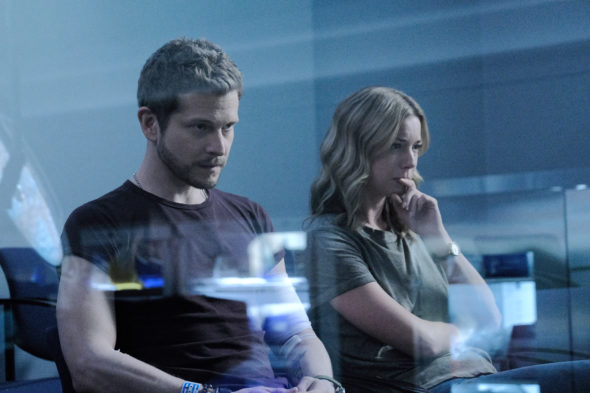 Are the doctors still saving the day? Has the The Resident TV show been cancelled or renewed for a fourth season on FOX? The television vulture is watching for the latest cancellation and renewal news, so this page is the place to track the status of The Resident, season four. Bookmark it, or subscribe for the latest updates. Remember, the television vulture is watching your shows. Are you?

The third season of The Resident on FOX averaged a 0.73 rating in the 18-49 demographic and 4.03 million viewers. Compared to season two, that’s down by 22% and 20%, respectively. Find out how The Resident stacks up against the other FOX TV shows.

Will FOX cancel or renew The Resident for season four? It’s one of the network’s lower-rated scripted series but I’m thinking that it will still be renewed. I’ll update this page with breaking developments. Subscribe for free The Resident cancellation and renewal alerts.

5/19/20 update: The Resident has been renewed for a fourth season on FOX.

What do you think? Are you glad that The Resident TV show has been renewed for a fourth season? How would you feel if FOX had cancelled this TV series, instead?

OMG I’d be devastated if it didn’t renew. Please renew

Please renew for a fourth season. My husband, children, and I watch this show religiously.

Please make season 4! The Resident is my favorite series!’

I love The Resident! I’d hate to see it cancelled :(. Please bring it back!

Please renew for 4th season and more , such a great show

Renew the serie please, it’s one of the best and deserves a worthy conclusion.

Please renew!! This is one of the best series out, I am totally addicted!

I really miss Star I love that show.

Love the show. I would be disappointed if the show was not renewed for season.

Love the show. I would be very disappointed if it was not renewed for season 4.

A MUST WATCH show for me and my granddaughter. My only complaint is that makeup paints Conrad’s lips the same color as Nik’s lips–very unnatural!

I love the show untill Chesnutt came on,it was good with what you were doing but you brought the bad men in and I quit watching,i will start back when these bad me get off and Conrad is where he should be and the other staff too.