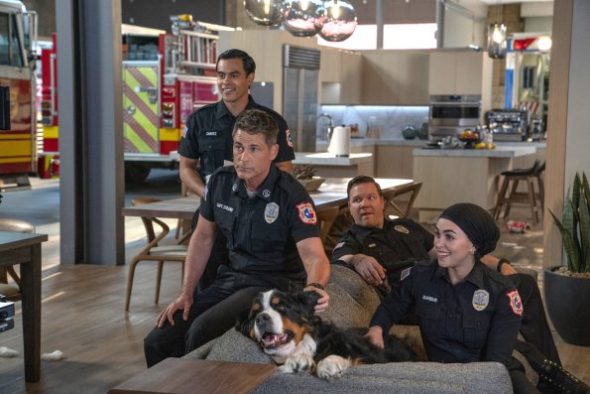 FOX is heading back to Texas. The network just announced they’ve ordered a second season of 9-1-1: Lone Star for the 2020-21 season.

What do you think? Have you seen 9-1-1: Lone Star? Will you watch season two?

Yes I have been looking for it on fox, I miss it

Just finished the last episode of the season. Pretty flipping please bring on many more seasons! Great show great cast. Every episode was amazing, edge of my seat amazing! I’m in my late 20s but I suggest it to everyone.

Very happy. Love the show. Thanks

Love this show do not like the original 911 though so wasn’t sure I would like this one but my husband and I both enjoy it !! We are both in our 60’s

Im glad they renewed the show. I like it better than 911

I enjoyed the 911 Lone Star series and I am over 65!!
I look forward to its return and enjoyed the incorporation of unusual serious situations with personalization of the characters.

Great show! Thank you for bringing it back for season 2 and hopefully many after that!

Great show! Thank you for bringing it back for season 2!

The show is ok. As far as I am concerned Liv Tyler can go, don’t like her acting.

So happy! I watch both 911 shows,love them both!

I loved the series. Glad it’s coming back.

I will definitely look at.season 2 of 911 Lone Star. I like the stories and actors.better.than 911.

YAY. I love this series. Keep them coming

I will definitely watch season 2 of 911 Lone Star

One of the best syfy shows on TV. I absolutely enjoy how the writers completely blow off physics, science and common sense for this show. For some reason I find that extremely entertaining