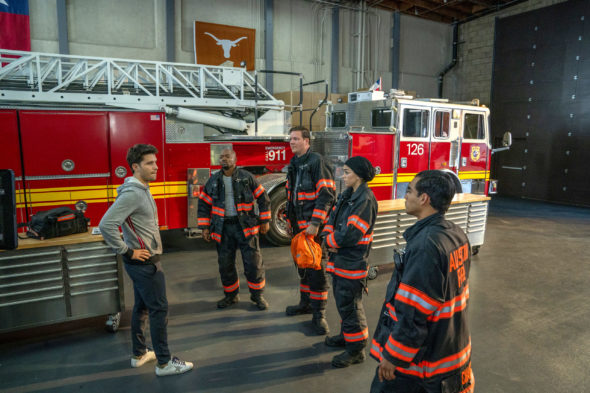 Minear teased those plans in an interview with TV Insider. He said the following about the FOX series:

“We would be obviously taking deep dives into the stories of all the characters. We might even see some of the history of the 126 before the tragic events that brought the current configuration together. That would probably be a Judd story, where we’re meeting the crew that he lost.”

Have to have another season!!! please!!!

Yes! I loved the show

Enjoyed show immensely! I want to see a return.

I agree with many of the comments that a second season is necessary to give a good shot of taking off. Please give it a chance. Linda

FOX needs to keep this series for another season. Lone Star & Prodigal Son are my family’s favorite shows. We only watch FOX on Monday nights. Best night of the week for TV for my family!

It needs longer than a couple of months. Renew and let the story grow some roots

I love this show. So please bring it back. I can’t stand the other 911 and Jennifer Love Hewitt.

Yes I want another season please! Love this show!