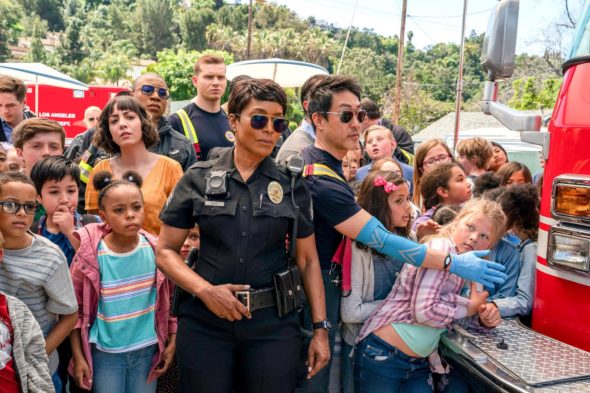 What do you think? Do you watch 9-1-1? Are you excited for the new season?

I love the show, and the actors and actresses.
Look forward to watching every week

I think that’s great I really like that TV show

I watch both of the 911 shows and love them both!

I watch both 911 shows I love them both! I hope they both keep going,I never miss an episode!

Don’t you date cancel this 911 series! It entertains
this retired Nurse Anesthesia Practitioner to the
Max!!!! I LOVE IT!

Yes love 911 glad is been renewed

I love this program and am thriled that it will continue. I do not like the Lonestar one.

i absolutely love it. Love the little boy that plays Christopher. Hes adorable. Glad its renewed

Absolutely brilliant show, can’t wait to see it here in the UK

Beyond thrilled that both 9-1-1 and 9-1-1 Lonestar are renewed! Great shows and I look forward to the new seasons!

Thank you for another season. I love this show your doing a great job keep up the good work.