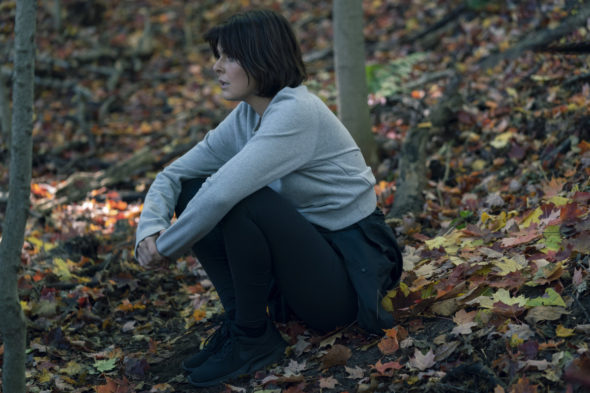 Can Jenny heal in the third season of the Coroner TV show on The CW? As we all know, the Nielsen ratings typically play a big role in determining whether a series like Coroner is cancelled or renewed for season four (it’s already been renewed on CBC in Canada). Unfortunately, most of us do not live in Nielsen households. Because many viewers feel frustrated when their viewing habits and opinions aren’t considered, we invite you to rate all of the third season episodes of Coroner here.

A CW drama series, the Coroner TV show stars Serinda Swan, Roger Cross, Éric Bruneau, Ehren Kassam, Nicholas Campbell, Tamara Podemski, Andy McQueen, Kiley May, Mark Taylor, and Uni Park. The series follows the life of recently widowed Doctor Jenny Cooper (Swan), a newly appointed coroner who investigates any suspicious, unnatural, or sudden deaths in the city of Toronto. Jenny taps into her intuition, as much as her intellect and heart, as she solves cases. In season three, Jenny must move past her trauma and embrace her whole self. In the process of healing, she and live-in boyfriend Liam (Bruneau) are now separated and separately trying new forms of therapy. With Liam gone, Jenny finally has space to focus on herself — for all of five minutes. It isn’t long before death knocks at her door with a slew of new cases — both COVID-related and not — that force her to unleash the real Jenny Cooper locked inside. Meanwhile, Detective Donovan McAvoy (Cross) stares down the barrel of his own mortality in a very personal way, which propels him to investigate both his cases and his life with a new perspective. He may even find love. Ross (Kassam) confronts uncomfortable identity challenges, and Gordon’s (Campbell) Lewy Body Dementia causes him to lose himself in the possibility of a life once lived.

What do you think? Which season three episodes of the Coroner TV series do you rate as wonderful, terrible, or somewhere between? Do you think that The CW should pick up the fourth season of the Coroner series? Don’t forget to vote, and share your thoughts, below.

I was very disappointed that there was so much emphasis on “COVID”, I don’t want to see masks on people either. I want to be entertained not lectured. I will watch the next episode but if the virus is still front and center I won’t be watching after that.

Just watched my first one. Didn’t know about this series.
I really like it.