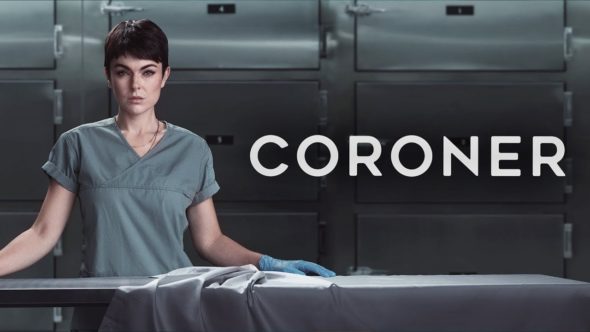 Coroner is getting ready to air its third season on The CW this summer, but fans of the series had some good news ahead of that premiere. CBC has just renewed Coroner for a fourth season of 12 episodes which will air in Canada in early 2022. No word yet on whether The CW will pick up season four but it seems likely.

Coroner season three will premiere on August 19th on The CW in the United States.

What do you think? Are you a fan of Coroner? Would you watch the fourth season if it landed on The CW in 2022?

Yes bring it to The CW. Love the show.

Yes love the show, can’t wait for the next season.

Love The Coroner I watched the whole thing but it seems like season 3 just started and stopped after just a few episodes. What’s going on?

Please, air the fourth season of lCoroner! I’ve been with y’all since Buffy, Spike, & Angel. My kids range from 18 to 8 and all four love the CW shows we watch together. Aiden helped them understand addiction, PTSD veterans, and love. Jenny has taught them science, strength, dementia, and what can go wrong at a party. During Corona they are understanding death with humility. One of mine actually wants to be a Coroner, now. We were wishing for the stable cop love interest but she and Aiden are meant to be. Women should know a night in shining armor… Read more »

I love this show. I hope it is not canceled; I enjoy it because it is so interesting. The characters are so complex which also lends great interest. The story lines have action and mystery that my husband loves this show too.

The coroner is one of my favorite shows.

One of my favorite shows I love it! Pls don’t cancel this program

YES I WOULD!! I absolutely LOVE the Coroner!! Plz have season 4!!

I totally love this show and can’t wait for season 4!