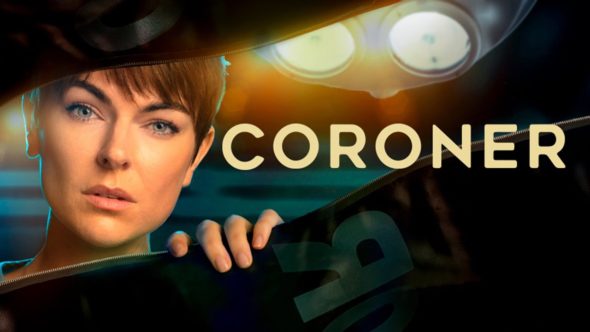 The CW has decided to air the two existing seasons of the Coroner TV series in close succession. The ratings for the first season weren’t great but, perhaps they will improve in season two. CBC in Canada has already renewed Coroner for a third season. Will The CW license the third season and air the episodes in 2021? Stay tuned.  *Status Update Below.

12/3 update: You can see the latest night’s ratings in context.

What do you think? Do you like the Coroner TV series on The CW? Should it be cancelled or renewed for a third season?

I enjoy this show so much. It has real life characters and all the problems going on with each character. I don’t know why the ratings are down since this season is better than the first. But I hope it continues on as I see it as one of the better “adult” type shows amid all the other silly stuff on TV. I guess some people enjoy the silly shows better and not liking reality shows like The Coroner. Too bad since this shows many real life issues from which people can learn something.

I really enjoy watching this show. I like the characters and the story-line is different and doesn’t simply emulate other shows. I hope it continues for quite some time. Please give it a chance to build viewership and continue for several seasons.