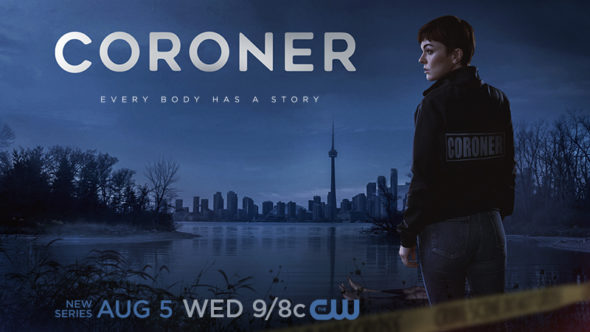 We don’t have to wonder if the Coroner TV series will be cancelled or renewed on The CW. The network has already picked up this Canadian series for a second season which will debut in September. Will The CW want to keep airing the show if there are low ratings? Stay tuned.

9/17 update: You can see the latest night’s ratings in context.

What do you think? Do you like the Coroner TV series on The CW? Are you glad that it’s been renewed for a second season?