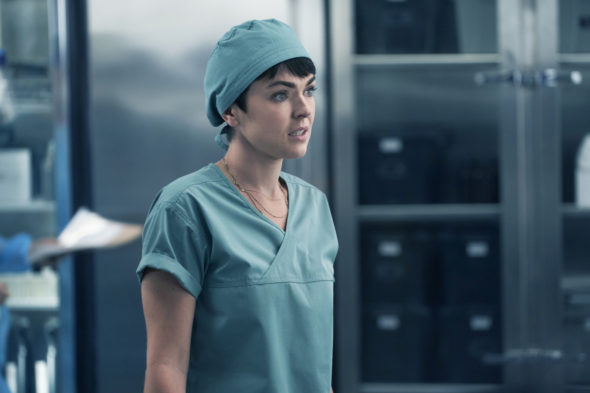 TV show description:
A drama series that’s based on the Jenny Cooper novels by M.R. Hall, the Coroner TV show follows the life of recently widowed Doctor Jenny Cooper (Swan). She’s a newly appointed coroner who investigates any suspicious, unnatural, or sudden deaths in the city of Toronto.

While Jenny solves mysterious deaths, she also deals with her own clinical anxiety, her grieving teenage son Ross (Kassam), and the prospect of starting a new relationship with the enigmatic Liam (Bruneau).

What do you think? Do you like the Coroner TV show? Do you think it should be cancelled or renewed for another season?

Please put Season 3 on the CW channel so those of us in the USA can continue to enjoy a top rate TV show!
Thank you, Halle

Coroner is the ONLY series that I watch on the CW