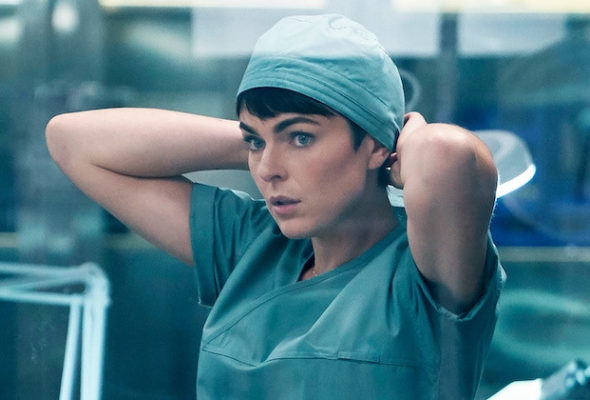 The CW will continue to follow the life of Jenny Cooper. The smallest broadcast network has picked up the third season of the Coroner TV show. The series originates on CBC in Canada where it was renewed for a third season in May 2020.

The second season of Coroner is currently averaging a 0.10 rating in the 18-49 demographic and 765,000 viewers. Compared to season one, that’s even in the demo and up by 8% in viewership. The first season, which aired in the summer months, attracted an average of 711,000 viewers. Three episodes of season two have aired thus far.

What do you think? Have you been watching the Coroner TV show on The CW? Do you plan to watch season three?

I’ve been watching Coroner from the start. I love the show, it has me hooked. I’m so glad there will be another season!!

I do hope there is going to be a Season 4 for the show Coroner i just love it its exciting has mystery suspence i grew up in Oshawa and have had 2 doctors in my life that are Coroners plus General Practioners the actors are simply great and the story lines are very differant each time please make more keep this show going.Thankyou

Just started watching this show on my CW app. I am obsessed. It is so good. Keep the seasons coming.

Love this show! Can’t wait for it to come back. When will season 3 begin?

Love this show. She is an excellent actress. When she has a panic attack It’s so real I get anxious. Please don’t cancel. This is different than what we normally see and its really interesting and addicting.

I love this show. It tells the story of not just the victims but of the people of the ups & downs. The Heartbreakers, the new love,helping people understand what’s happened to their loved one’s, This is a WONDERFUL ABSOLUTELY BEAUTIFUL GREAT SHOW THAT NEEDS TO STAY ON AIR. DO NOT CANCEL PLEASE It just seems like every time there is a new show & a really good one they canceled it before they even give it a chance. As far as I’m concerned & many many more we think you are to afraid to even try to give these… Read more »

We weren’t sure at first but quickly became addicted to the Coroner and glad to hear Season 3 will be produced; while the extent of a Coroner’s involvement in working with police and crime solving as depicted in the series is a bit of a stretch, it is well cast with amazing Canadian talent and is an intelligent, refreshing change from the oh-so predictable and unsophisticated fare being produced south of the border. We are getting tired of watching shows where we could easily predict how most scenes would end, or had the show’s conclusion figured out half wat through… Read more »