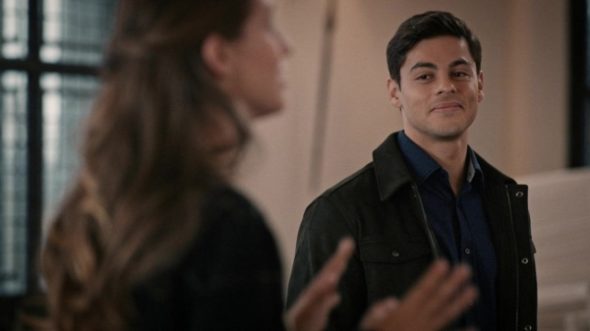 Ray Donovan fans will soon see a Madam Secretary star dealing with Liev Schreiber. Chris Petrovski has been added to the cast of the film that’s been ordered by Showtime. The Ray Donovan series was cancelled by the cable channel after seven seasons. While the movie will pick up where season seven left off, there’s been no indication that there won’t be additional films in the future.

Per Deadline, Petrovski will play Hollywood movie star Sean Walker. No other details were given about his role, but there was a bit of a tease about the Ray Donovan film:

“The new film picks up where season seven left off following the series’ surprise cancellation last year, with Mickey (Jon Voight) in the wind and Ray (Schreiber) determined to find and stop him before he can cause any more carnage. It will also weave together the present-day fallout from the Donovan/Sullivan feud with Ray and Mickey’s origin story from 30 years ago.”

In addition to Schreiber and Voight, Pooch Hall and Kerris Dorsey will also return for the movie. A premiere date for the film from Showtime was not revealed.

What do you think? Are you a fan of Ray Donovan? Are you planning to check out the movie when it is released on Showtime?

I was upset when the series was cancelled. Ray Donovan was one of the few things I looked forward to watching on tv. I’m glad there will be a movie and hope it is as good as the series was. I also hope it will give us answers to all the things that left us hanging. Can’t wait.

I will definitely watch the movie. So sad when they cancelled the series.

They should take another full season to wrap this up. Not sure how to tie up all the loose ends in one 2 hour movie. But at least they ain’t leaving it the way they did at the end of Season 7, which would have been unthinkable.

Definitely a fan. Can’t wait for more Ray Donovan. So glad the actual characters are coming back too.

My number one pick for the best ensemble cast in a series EVER. Cant wait for the movie and possibly more.

Love love love Ray and the show!! Can’t wait for the movie..why was it even canceled?
Breaking Bad and Ray Donavan both need to come back.

I am a fan and I’m eagerly awaiting Ray Donovan. Hurry up.

Hell yes it was my favorite show ever!!