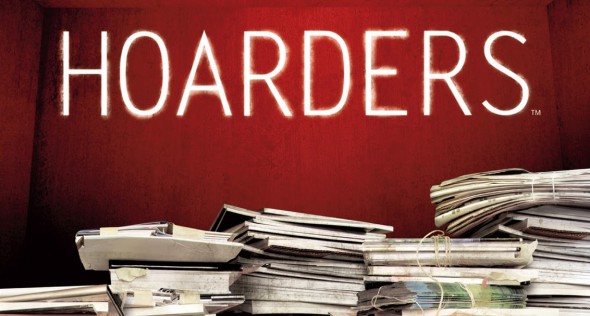 Hoarders is coming back. Recently, it was revealed the A&E TV series will return for a 10th season.

The reality show explores the struggles and treatment of people who suffer from compulsive hoarding habits. The show wrapped its ninth season in January 2017.

A few months ago, a casting call for a new season of Hoarders was posted on the A&E series’ official Facebook page. It’s unclear when season 10 will air, but odds are it will debut later this year.

What do you think? Have you seen Hoarders? Will you watch the new season?

I want to see new episode… so over reruns… any new ones coming up ?

Is Hoarders ever coming back?

I love this show, I will binge watch it including reruns! I am not a hoarder but know a very close family member that is along with a couple friends. This show teaches a lot especially to the people who may l know of a hoarder personally. Please please let this show continue for many more seasons. It’s never dull, it’s always something new. I treasure the lessons, the staff and the people allowing us to view into their lives.

The show, Hoarders is so interesting and thought-provoking. My husband and I have watched all the previous episodes and were so disappointed to hear that it might be cancelled. After watching it for so many years, I feel like I’ve learned so much about human behavior. Please don’t cancel the show!

I love to watch this show. Please don’t take it off. So many more people need help.

I love to watch hoarders
I watch all the reruns.

I recently discovered Hoarders and binge watch. It is sad to watch, people having to part with their “treasures”. I know myself, not a hoarder, but I buy way more than I should and compulsively. I do purge though and sell things I don’t use, so the house is always neat, but I can understand the reasoning why these people hoard. Please bring back the show, I think it’s helping a lot of people.

I could not be more pleased at the return of Hoarders. While not a Hoarder I will admit I am a compulsive buyer, and though my home does not look like a hoarding residence. I do watch the program to help me stay in check. Perhaps there should be a show where they follow people around with compulsive buying problems may be interesting too! Check any Goodwill they are there.

YES……..PLEASE BRING THIS SERIES BACK!!!! My grandmother was a hoarder. She had stacks upon stacks of newspapers, magazines, clothing, food…….you name it, she had it. Nothing dirty or filthy, just mountains of possessions. My mother had the tendency to hoard, but kept it pretty well in check. She was just a lazy housekeeper. Thankfully the hoarding gene skipped my generation. But every time I watch Hoarders, it makes me want to get off the couch and dust and vacuum!

I LOVE Hoarders! It gives us a front row seat to the human psyche’s protective process. It can turn on any one of us after trauma and loss. I learned to ask compassionate, helpful questions instead of making snobby, righteous judgements.

Thank you for that. Wish more people had your compassion.

Hoarders is a valuable show to many. I am in 3 Hoarder Groups that are hoping that it returns. The problem is deeper than everybody thinks. And It’s costly to homeowners not in Big Cities