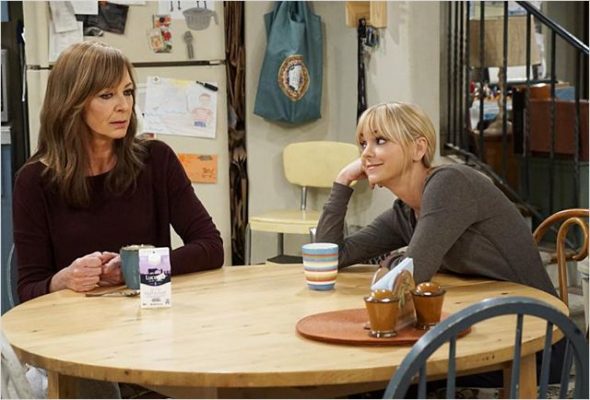 “Trust me, this is big.” CBS has released a new preview for the upcoming season five premiere of Mom.

Season five of Mom premieres on CBS on November 2nd at 9 p.m. ET/PT.

Twinkle Lights and Grandma Shoes” – Bonnie gets cold feet when considering her future with Adam, and Christy risks failing an important test in order to help a fellow alcoholic, on the fifth season premiere of MOM, Thursday, Nov. 2 (9:01-9:30 PM, ET/PT) on the CBS Television Network. Missi Pyle returns as Natasha, the birth mother of Jill’s foster daughter.”

What do you think? Do you watch Mom? Are you looking forward to the new season?

Still waiting for this show to be renewed for season 6

I love the show. Chuck Lorre and his incredibly talented group of writers deftly blend comedy and pathos to great effect. While some literary license is taken, my friends in AA have gone through many of the same experiences. Moreover, the show has assembled an excellent cast. I was particularly excited by the addition of William Fichtner, one of the least we’ll known, but exceptionally talented actors in movies and t.v.