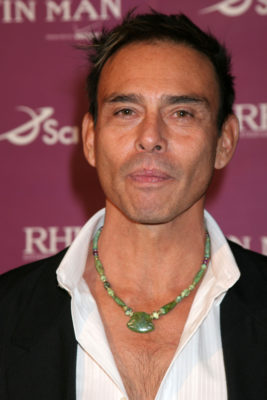 Who else is joining Mayans MC? Deadline reports Raoul Trujillo has been cast in FX’s revamped Sons of Anarchy spin-off pilot.

Set after the events of Sons of Anarchy, the drama centers “on the struggles of EZ Reyes, a prospect in the Mayan MC charter on the California/Mexico border.” The cast includes JD Pardo, Edward James Olmos, and Michael Irby.

On Mayans MC, Trujillo will be playing “Che “Taza” Romero, Vicepresidente of Mayans MC, Santo Padre Charter. As a longtime friend of Alvarez, he helped set up the Santo Padre chapter on the border. He’s hardened by the deterioration of his hometown, but an infinite source of wisdom to the club.”

Loved SOA, I’ll check this out but not high hopes!

I wish SOA would come back,,still my favorite show of all time and I have seen almost every show from Sopranos -Mistress, Boardwalk empire Goliath,the Wire,Power,ect… Please bring it back..,,with Jax Teller

BRING IT BACK, OR PUT THE SPINOFF ON. DONT LEAVE US HANGING.

Loved SOA and will see how this show turns out.