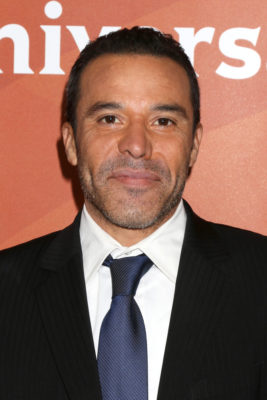 Michael Irby is headed to FX. Deadline reports the star of The Unit has joined the network’s Sons of Anarchy spin-off pilot, Mayans MC.

Set after the events of Sons of Anarchy, the drama centers “on the struggles of EZ Reyes, a prospect in the Mayan MC charter on the California/Mexico border.” The cast includes JD Pardo, Raymond Cruz, Edward James Olmos, John Ortiz, and Clayton Cardenas.

On Mayans MC, Irby will play “Obispo “Bishop” Losa, resident of Mayans MC’s Santo Padre Charter. From a broken home in the Salton Sea, he was taken in by the family of his cousin, Marcus Alvarez (Emilio Rivera), Mayan MC founder and National President.”

As much as I miss SOA, there is no doubt that I would be overjoyed to watch a Mayan spinoff. I truly hope I see Abel again and some SOA BROTHERS would be awesome. Bring on the Mayans Baby!

I would absolutely watch a spinoff of the sons. Looking forward to it. Now id like to know when u all are gonna do a spinoff of the sons staring jax’s son Abel, u know they showed Abel with the ring that Gema gave him on his little finger playing with it. How cool it would be to have as many of the old members that are still alive there to help Abel. Come on guys I’m just saying!!!!!