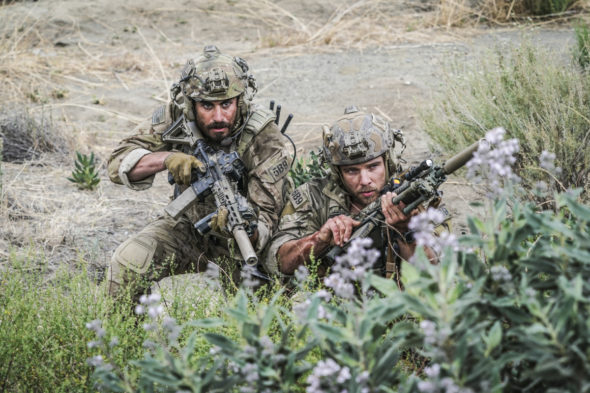 SEAL Team and Clarice were not among the renewals issued by CBS for next season, but the TV shows have not been cancelled by the network either. The shows could return next season, but would likely have a new home on Paramount+.

SEAL Team would start airing its fifth season on CBS, but Clarice would move completely to the streaming service at the start of its second season.

“SEAL Team is very well liked creatively by CBS brass, it has a devoted fan following and enjoys strong support among veterans. The biggest challenge for the show’s renewal was its very high price tag.

There was a desire to get one more season on CBS, which would bring its run to 100 episodes, making its library more valuable for downstream sales. (Because of its U.S. military subject, SEAL Team is not a hot commodity in all international markets the way a crime procedural like NCIS or CSI is.)

A move to Paramount+ is considered a lot more beneficial; it would give the show better prospects for a longer run. “

CBS will likely reveal their future plans for SEAL Team and Clarice soon.

What do you think? Would you watch these shows on Paramount+ or, do you think they should be cancelled?

Love Seal Team and watch it every week. Moving it to another pay service means we will NOT be watching after it leaves CBS

Will not be watching if moved to Paramount +, please leave it on CBS. ,great show !

If Clarice and Seal Team move to Paramount streaming, I would be most upset and unable to watch either of my favorite shows because I cannot AFFORD any streaming service!!!!!! Please stop catering to the younger generation and give us elders shows like the above with substance and not reality garbage!

I agree with the other people commenting – we CANNOT AFFORD a streaming service. We will not be able to watch if Seal Team is moved. After watching all seasons and being invested in the show CBS wants to dump us. Shame on CBS. I see this happening more and more. What are giewers to do to make our voices heard?

CBS was gonna cancel the show. I found that to be very ridiculous that they were but unfortunately that’s what was happening in the background. I won’t be paying month to month for paramount plus but I am glad that the show will be coming back and hopefully this will help it’s chances to stick around for more years and get a proper conclusion vs being cancelled. Me personally I’ll just wait til the season airs fully on paramount then pay the $5 to binge the show and whatever else the put my account back on hold until something else… Read more »

CBS is good for turning viewers off.most people pay to watch TV now you are asking for us to pay more to watch some. of favorite shows shame on you.

Both of these shows should be renewed on CBS.

It seems everyone assumes people have the money to pay for all the different steaming services and internet. Seal Team is a good show that most of my friends watch faithfully every week. To move it to a streamin service is a bad move. Seal Team should be renewed. I can’t believe that Seal Team was even an issue about it’s renewal. How sad CBS. It is one of the great series on your channel. To move Seal Team is really a wrong move on your part.

Despite the horrible reviews by people on IMdB about Clarice, I have thoroughly enjoyed this show. The writing is amazing and the actor is high-grade, especially by the actress playing Clarice. If this show moves to Paramount+ I won’t be watching it as it is not available in Canada for streaming.

Love this show David Boreanaz is the best on bones and Buffy the vampire slayer, Angel started his career such a great watch consistently Seal team look forward every Wednesday drama how stupid move off Paramount plus.

I love SEAL Team and I really hope CBS realizes that if they move the show to their app their going to lose a lot of viewers. It’s crazy to have to pay for cable and then have to pay for all the different network apps that keep coming out. It’s just to much. The show is great and I’d love to keep watching but there is no way I’ll be able to if it’s moved to the app!!!

I really hope CBS reconsiders and leaves SEAL Team on their network tv channel where it’s been from the start!

THAT SUCKS! Not Everyone can afford to have internet let alone pay extra for that Paramount +! Its not like they have a free streaming site!!

I am sick to see Seal Team moving to streaming. CBS has many great shows along with Seal Team (my favorite). CBS is my main network but if you keep moving them out it will weaken your lineup. I will not go to steaming so you can put more money in your pocket. Please keep your good show on your network and not replace them with stupid reality shows.

IF they are moved to Paramount+ I will NOT be watching either show. Cable bills are high and now CBS wants you to pay extra for their special sidekick Paramount+. No sorry. TV is my only entertainment but I can’t afford additional costs. CBS has always been my favorite network for shows and news for decades, but now with money so tight on people this is too much.