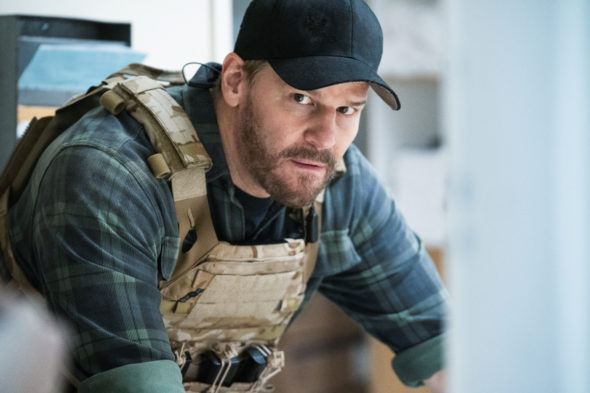 CBS is hearing the pleas of one star of SEAL Team to renew the series for a fifth year. Dramas SWAT, Bull, NCIS, Magnum PI, and Blue Bloods were all renewed earlier this week but the Wednesday night military drama’s fate is still up in the air.

Series star David Boreanaz (above) and Justin Melnick took to social media to encourage CBS to renew the drama series.

SEAL Team airs on Wednesday nights on CBS and is averaging 4.06 million viewers in the traditional ratings. That is down approximately 17% from last season and the show ranks 18th among the network’s 24 scripted series of this season.

What do you think? Do you want a fifth season of the SEAL Team series on CBS?

I love seal team it is the only thing I look forward to anymore. Please renew for season 5 and beyond. Not understand why really bad shows are renewed already and SEAL TEAM is a great show and it is not

Yes!!! I LOVE the Seal team…great show!!! Please renew the series. It is one of a very few shows I look forward to watching ~~ every Wednesday night. I am 71 yrs. and enjoy your series.

Please bring back SEAL TEAM for Season 5. It’s the best show ever. I love watching it on Wednesday.