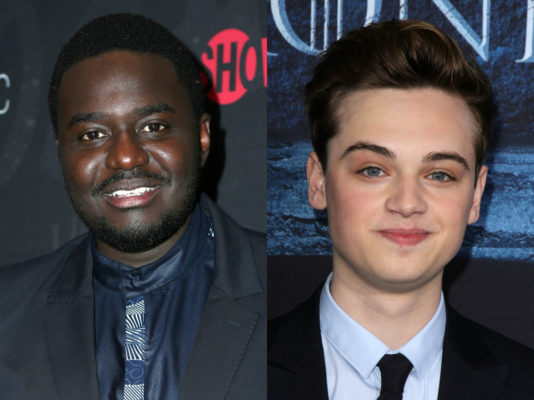 AMC has not yet announced a premiere date for season three of Into the Badlands. Read below for more details:

Sherman Augustus returns to the Badlands after being introduced as Nathaniel Moon, the former regent who lost his hand to Sunny in Season 2. In Season 3, Moon joins forces with The Widow in her war against Baron Chau in the hopes of avenging his feud with Sunny. Augustus most recently appeared on “Westworld,” “American Odyssey,” “Colony,” “Low Winter Sun” and “Legit.” He is represented by Concept Talent Group and Jeff Goldberg Management.

Babou Ceesay plays Pilgrim, a zealous warlord who is on a quest to recover a mysterious artifact from Azra that could tip the balance of power in the Badlands. Ceesay most recently appeared in the Showtime series “Guerilla,” BAFTA-nominated Damilola, Our Loved Boy, BAFTA-winning TV mini-series “National Treasure” and Free Fire. He recently wrapped production on The Best of Enemies. He is represented by Troika and Management 360.

Ella-Rae Smith plays Nix, a teenager whom Pilgrim loves like his own child. He uses her dark abilities to enforce his will. Smith most recently appeared in “Clique,” Butterfly Kisses and the upcoming feature The Commuter. She is represented by United Agents LLP.

Dean-Charles Chapman plays Castor, a teenager with dark abilities whom Pilgrim loves like his own child. He uses his dark abilities to enforce his will. Chapman most recently appeared as King Tommen in “Game of Thrones” and can be seen in the upcoming feature films Breathe and The Commuter. He is represented by Troika Talent in the UK and WME in the US.

Lewis Tan plays Gaius Chau, who was imprisoned by his older sister, Baron Chau, for liberating her cog slaves. Gaius becomes a reluctant player in his sister’s war against The Widow. Tan most recently appeared in the TV series “Iron Fist,” “Rush Hour,” and “Hawaii Five-0” and can be seen in the upcoming film Den of Thieves. He is represented by ICM Partners Management and Luber Roklin Entertainment.

From AMC Studios, “Into the Badlands” was created by executive producers/showrunners/writers Alfred Gough and Miles Millar and is executive produced by Oscar(R)-nominated producers Stacey Sher and Michael Shamberg, along with David Dobkin, Stephen Fung, Michael Taylor and Daniel Wu. “Into the Badlands” closed its second season as a top-ten scripted series on ad-supported cable, averaging 3 million viewers per episode.”

What do you think? Do you watch Into the Badlands? Are you looking forward to the new season?

I’ve really enjoyed the series up to this point. S2 left everyone wondering what Bajie just did. So I can’t wait to see how it resolves into the new and the intriguing mix of plotlines and characters for S3.