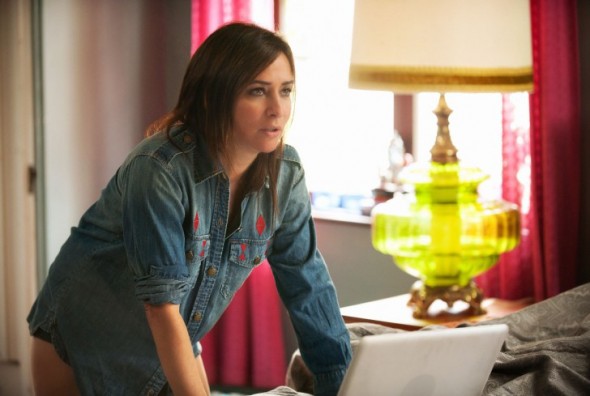 What’s next for Better Things? Recently, creator and star Pamela Adlon spoke with Variety about the future of the FX TV show.

FX has already renewed Better Things for a third season, but will there be a fourth? Adlon told Variety she will end the series when it “stops being relatable”:

When it stops being relatable is when I stop doing my show.”

And what about season three? What can fans expect after the exit of executive producer Louis CK?:

It’s always massive changes and obstacles and it’s really just kind of status quo when you’re a mom, a single mom. Other than that, [the show’s] pretty much the same, [and] hopefully everybody will like it.”

What do you think? Do you watch Better Things? How many more seasons do you want?

Omg can I relate, my Mom had her own house on our property but she had dementia crazy funny and a worry, 2 kids husband but never at home ,I did evterything but I wouldn’t change a thing I learned alot,this show is fabulous it’s blunt and true.

I absolutely love this show and everyone in it. It makes me laugh and it makes me cry. Hope Pamela never gets tired of doing it.

Love the show and all the characters. Some of it reminds me of raising our own children. But most is Ms. Adlon’s character. She reminds me so much of an old girl friend. With the same ebullient but edgy personality. Even looks quite a bit like her. What a joy.

This is my favorite show. It is so relatable even if you don’t live the life of an actor. It’s really about the human experience and all the beauty and ugliness involved. Aldon is extraordinary. The entire cast is perfect…each playing their roles with such believability that it is so easy to suspend your disbelief and think of them as actual people not just characters. I look forward to this show and I truly hope it goes on and on.

Totally relatable even though you’d be hard pressed to find similarities between my life and hers – except in sense of humor and zen approach. I like that the issues are not predictable nor are the outcomes, but love flows through it all. Pamela Adlon plays it real, not perfect! Bravo.

Love this show. Pamela is awesome and funny as hell. Hope the are many seasons to come.

I love this show. I hope it continues for many more seasons. Full stop.