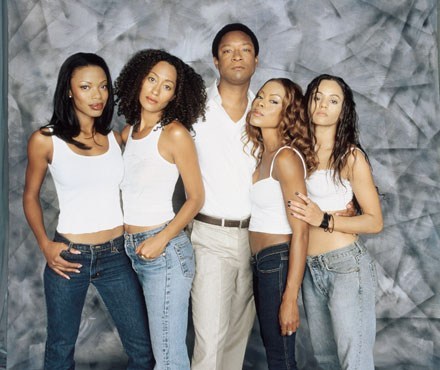 Girlfriends fans are in for a treat! Entertainment Weekly reports season six of Black-ish will feature a reunion of the UPN TV show cast.

An ABC sitcom, Black-ish follows Dre (Anthony Anderson) and Rainbow (Tracee Ellis Ross), a married couple with different backgrounds who ant to give their children the best, and they’re determined that best will include a strong sense of cultural identity and respect for the past, as their foundation for a bright future. The cast also includes Yara Shahidi, Marcus Scribner, Miles Brown, Marsai Martin, Peter Mackenzie, Jenifer Lewis, Deon Cole, and Laurence Fishburne.

As many fans will know, Tracee Ellis Ross previously starred on Girlfriends alongside Golden Brooks, Persia White, and Jill Marie Jones. The four will reunite during season six of Black-ish, which premieres on ABC on September 24th at 9:30 p.m. ET/PT.

The timing was perfect to be able to bring Girlfriends to a whole new audience. We haven’t all been together on camera since 2006. Girlfriends ran for eight years and was important to so many people. Being able to merge the worlds of black-ish and Girlfriends was surreal for me — and so much fun. These are women I grew up with and love deeply and it was easy to tap back into the magic of our chemistry and how much we love each other. It was giggles on top of giggles on top of giggles.”

What do you think? Are you a fan of Girlfriends? Will you watch the Black-ish episode?

What was Tracey Ross name on girlfriend

I think her name was Joan.

Joan Carol Clayton. And where’s William? He was a huge part of the Girlfriends. In facthe was the Fifth girlfriend. Would Love to see him too.

Yes I would loved see reunion! I just downloaded the Girlfriends complete series. A last couple of months back and watched it,was a great sitcom.

Can’t wait! I watched Girlfriends in my late teens/early 20s. I hope this reunion will introduce Girlfriends to a new generation of young adults.