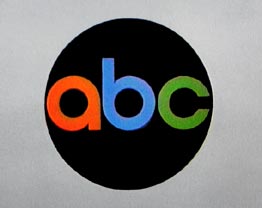 TV show description:
Modeled after the NBC Television Religious Program, this Sunday afternoon TV series features material aimed at three different religious groups. In the beginning, a different host is used for each one. George Hicks hosts the Protestant segments, John Alcorn takes the Catholic ones, and Theodore Bikel hosts the Jewish segments. After Eli Wallach hosts for a time in October of 1961, the program has no set host.

During the 1960s, various forms of performances are highlighted on the program, like musicals and dramas. A Christmas special about migrant farm workers is repeated for several years and and a specially commissioned opera called The Final Ingredient is run annually as well. Other highlights include a documentary on communism (hosted by Bill Shadel) and a documentary on the relationship between sports and religion that’s hosted by Jim McKay.

During the 1970s and 1980s, the focus is mostly on relevant news and includes discussions with various religious figures.

This is likely not the correct place to comment on the state of affairs with network programming but here goes. The wife and I are in our mid 60’s and have lived a fairly normal life. We enjoy watching various television shows and do it for the entertainment value only. We would both appreciate it if the producers would quit taking liberties with our way of life. We stopped watching shows we enjoyed last years because we became tired of ‘political correctness’. We are teetering on weather we want to keep watching ‘Blue Bloods’ for the same reason. We don’t… Read more »