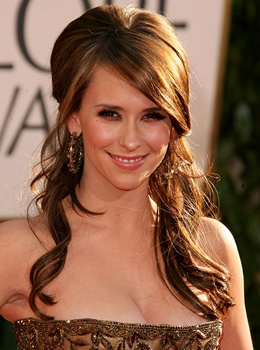 It’s been many months now since CBS cancelled Ghost Whisperer. Many fans of the TV show are still shocked and upset about the cancellation and series star Jennifer Love Hewitt can sympathize.

In a recent interview with Zap2it, Hewitt revealed that she bought into the rumors that ABC might pick it up and talked about Ghost Whisperer’s abrupt end. She said, “For me, it was a total shock… I thought our next season probably would be the last, just because the show had been on for a really long time. It’s hard to come up with new things that will keep people intrigued, but I never thought in a million years that was going to have been our last season..”

Hewitt also expressed sadness about the fact that the story of Melinda Gordon was left unfinished. She noted, “I didn’t feel the series ended the way that [Melinda] deserved for it to. We left the audience sort of hanging, and I hate that. When you’ve taken people on a journey for so long, the least you can do is give them a goodbye. For a show that was about unfinished business, we didn’t get to finish.”

What do you think? What “unfinished business” bothers you the most about the show? How would you have ended Ghost Whisperer?

Please bring back the this show because I need to know who won the final battle and when the network ended with a battle but we fans didn’t see the end result.

Please bring back ghost whisperer for one more season or movie to the up loose ends….now that start tv is playing it you have a lot of interest in it …maybe they would do another season or movie

I absolutely loved this show! The episodes seemed to get better and better as the series went on, but I did not like the way that it ended. It all seemed to rushed and still unfinished. I think they could have done so much more to end the show. I was just very upset and saddened when I found out that the show would not be returning.

I was also shocked n saddened of hearing that my most favorite show was no more. Please come back

I am totally ticked off at the network for suddenly taking this show off! I watched every episode with delight and was intrigued by all the wonderful actors especially Jennifer Love Hewitt, and David Conrad!

I have such a serious profession, and even though I am NOT a believer in mediums, this show gave me an escape from the true life and death of my profession as an NP in ER, where I witnessed people of all ages die from trauma!