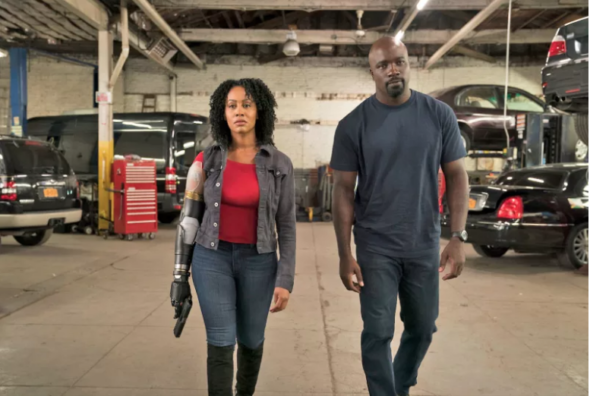 Although Netflix has not revealed a reason for cancelling Marvel’s Luke Cage, Deadline says the parties involved could not “reach a deal on how to move forward.”

I am forever grateful to Marvel and Netflix for letting me portray such a prolific character, and I thank you amazing fans. As one door closes, another has opened, with the birth of my daughter this week. A lot of great memories. Time to make more. Always forward, forward always pic.twitter.com/Dvv4YOBeEE

What do you think? Are you a fan of Marvel’s Luke Cage? Are you sad to see the series go?

I am devastated that the show has been canceled I love all Marvel and that is one reason I got Netflix so
I could see shows that aren’t on other channels. I hated that Iron Fists was also cancel. Come on people these are great shows. Not happy but as usual the networks don’t care what we like. Thank for nothing.

What a load of garbage this is!!! Iron Fist was trash but Luke Cage didn’t deserve the axe.

The second season of Iron Fist was way better. In fact, it was the best season of all the shows, including Daredevil and the Punisher.