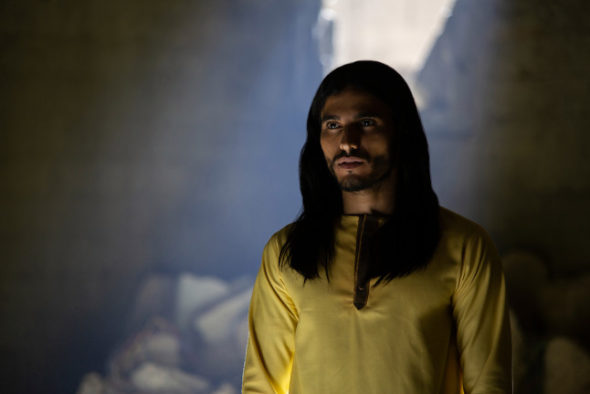 What do you think? Were you hoping the Messiah TV show would be renewed for a second season? Are you sorry that Netflix cancelled this series instead?

Messiah is very relevant to our current times. I hope that Messiah will be renewed. It speaks to a generation that may or may not attend church service. It is an adventure with a positive message.

I am very dissappointed to hear Messiah will not have a second season. I for one think it was one of the smartest and most pleasant surprises Netflix had to offer.. In an ocean of dark and doomed story lines or mind bending sci fi futuramas, where we are submerged daily in the daily news of fear and hopelessness, it was nice to get lost in the fantasy that their is a life “savior” among us who can bring people together and cross religious “borders”. A show with a positive message…God Forbid.

We are very disappointed that Messiah will not be

We are very disappointed that Messiah will not be returning to Netflix for season two. We really enjoyed watching it

I really wanted to see a second season to see where they were going with this. Is it possible it will be picked up by another Network?

Behind the times again, it has been cancelled.

Really love the show . Would love to see the outcome .I hope it’s renewed !

This show was fantastic so I hope it is renewed!

We need season 2…series was good

Would love to see a season 2. Our family love the series

Messiah was a very moving and mind provoking series. Net Flix our family, very much would like to see another season.

I love the TV show Messiah on Netflix. You got me hooked. Now. You need to come out with the second season. I will be thoroughly upset if they do not continue this series. The series is different and unique And breaks all the boredom out of the regular shows.