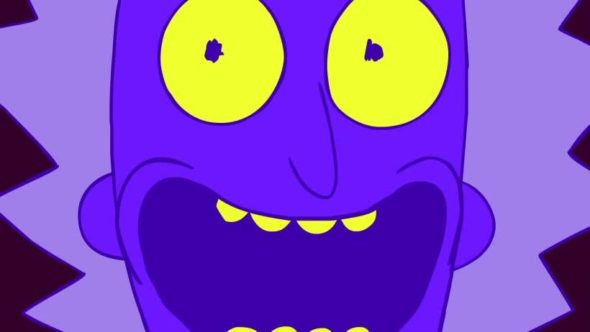 Despite having to wait for what felt like forever, for the third season of Adult Swim’s Rick and Morty TV show, the fans really tuned in in a big way. Adult Swim has announced that Rick and Morty, season three, produced the “highest ratings in the network’s history.” That can’t be a bad thing, where the chance of future season renewals are concerned.

From Dan Harmon and Justin Roiland, the animated Rick and Morty TV series follows the adventures of Morty and his grandfather Rick, an eccentric scientist. The voice cast includes Roiland, Sarah Chalke, Chris Parnell, and Spencer Grammer. Check out this Adult Swim press release, for all the details.

Adult Swim, the #1 network with young adults, now has the #1 comedy across all of television with adults *18-24 and 18-34. Rick and Morty, created by Dan Harmon and Justin Roiland, just completed its third season on Sunday, delivering the highest ratings in the network’s history.  The critically acclaimed animated series that follows a sociopathic genius scientist who drags his inherently timid grandson on insanely dangerous adventures across the universe, has become a multi-platform sensation not just on television, but across digital, gaming, livestreaming, retail, and fan experiences.

“Rick and Morty is truly what a modern day hit looks like across multiple screens and multiple touchpoints,” said Christina Miller, President Cartoon Network, Adult Swim and Boomerang. “Dan and Justin have created a world, not just a show, and fans are completely engaged.”

The lead up to Rick and Morty’s return in July, showed that fan engagement was higher than ever when an April Fool’s Day livestreaming event on AdultSwim.com registered 3 million unique visitors. Facebook, which also hosted the livestream, recorded 43.3 million impressions and 8.7 million video views combined. More than 60,000 fans have flocked to the Rickmobile, a custom mobile pop-up shop which has been touring the country and has made over 40 stops to date.

The show’s companion mobile game, Pocket Mortys has over 14 million downloads and Rick and Morty: Virtual Rick-alitywas the #1 most downloaded VR game on STEAM at launch in April and the series’ popularity has led to top selling apparel lines with Spencer’s and Hot Topic. Rick and Morty’s comic book series also landed on the The New York Times bestseller list (Volume 1) and Barnes & Noble’s Best Comics and Graphic Novels list.

What do you think? Are you a fan of the Rick and Morty TV series? How did you like season three? Will you tune in for seasons four and beyond on Adult Swim?

i am fed up with this Rick and Morty crap it beeds to only be treated like a show it does not need to be everyone’s interest.