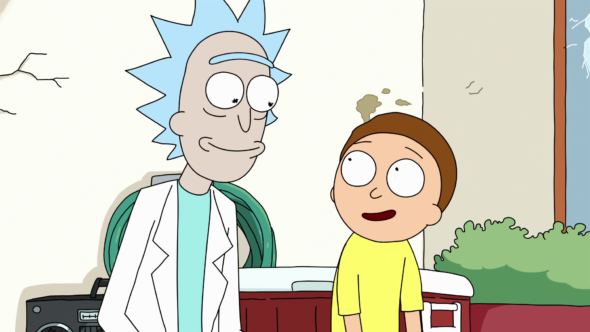 Rick and Morty just wrapped its third season, but what about season four? Recently, co-creator Dan Harmon spoke with Entertainment Weekly about the future of the Adult Swim TV show.

In the interview, Harmon revealed he’s about to begin work on season four and says there may be more than 10 episodes:

I’m still learning how to do the show efficiently while catering to the perfectionist in all of us. I would like to think I’ve learned enough from my mistakes in season 3 that we could definitely do 14 now, but then I have to say, “Yeah but you’re the guy who says we can do 14 who turned out to be wrong so we’re not listening to you now.” The nice healthy way to approach this is I want to prove it with the first 10 of season 4 — prove it to ourselves, to production, to the network — that it’s so easy that we’ll earn additional episodes. Because I never got this far [working on NBC’s] Community. I fell apart in season 3 of Community and got fired in season 4. Now I’m about to do season 4 of Rick and Morty and want to prove that I’ve grown.”

As for the future of Rick and Morty as a whole, Harmon told Time earlier this year that he’d consider a movie adaptation of the Adult Swim series: