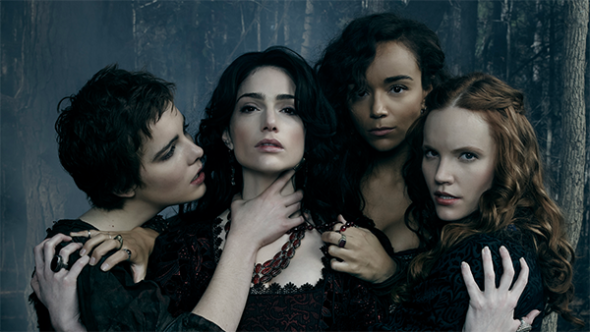 I would watch a new season, I loved the show!!!

I would watch season 4, I was disappointed when they cancelled the show, please bring it back!!

I recently came across Salem and normally I don’t like to watch shows that have already come to an end because I hate getting so immersed into a story and have it stop. But this is one of the best shows I’ve seen in a while it really sucks that there is no more to this amazing story. If this show ever does come back you have a new hardcore fan of it.

I just hate it when someone brings a great show along and cancels it without at least showing a great ending! Salem, was dropped without showing the good guys winning! At least do a movie, showing how it would have ended, and get poor Cotton out of hell! and bring down the big ***** witch who destoyed the poor whores life. LOL! If You are going to leave the series dead, please at least do that much! Don’t You think we deserve that much? Just saying! Oh, and by the way, most people wait until a series season ends, and… Read more »

I am so sad that this series has been cancelled. I got into Salem quite late but found it really gripping. The characters were well defined and there were plenty of twists and turns, to keep you interested. I would love to see to see it come back for Season 4, 5 and 6.

Yes I would love to see a fourth series, and so fifth and sixth.

Please bring the show back to WGN. I have watched it from the beginning and I love the show. My kids are into movies and even shows like this. There are 3 or 4 shows that are no longer showing that a lot of fans wish they was still on. It is a GREAT show, something that had excitement in it. Having fans wondering what is next to the point you don’t want to have to wait until the following week. This show was one of them and I am sure you have more to bring. It is such a… Read more »

Please bring it back..this show is great and I want to watch more of it…BRING BACK SALEM!!!!