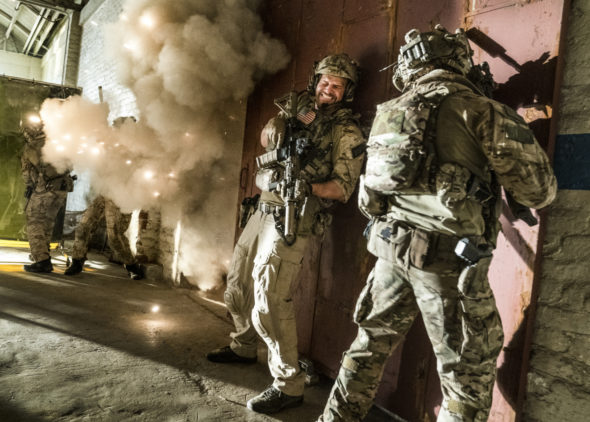 Note: SEAL Team was renewed for a fifth season as a Paramount+ exclusive. CBS aired the first four episodes of the season as a “special presentation”.

I think Viacom heads may have miscalculated thinking they will increase subscription rates to Paramount + because of this show. While it is a good show, Seal Team was one of the only shows I watched on public TV. I have one too many paid streaming services and won’t be adding Paramount just to watch it. Too bad because I liked it☹️

Seal Team is one of my all time favorite TV shows. Great story, actors and action. Not forgetting how good our military is. It is a shame that it is moving to Paramount +. I have not made up my mind whether to pay for this show. Very disappointed that it is moving.

Loved seal team for years. Cable bills are high enough. Now Viacom wants to squeeze more money out of us. We are seniors and don’t have any streaming services. So it’s saying goodbye to seal team be from our household.

NCIS Hawai’i is lame. Give their spot to Seal Team.
Should’ve kept NCIS New Orleans.
I feel this is a poor man’s H50 with crap acting.

Seal Team is my favorite show but I have a cable contract until next year so I can’t stream until then. Why take this to a streaming service exclusively at this time when so many viewers are not able stream yet??? I am very disappointed!

We love Seal Team. CBS…PLEASE keep it going for the sake of all of us seniors out there who don’t do streaming and can’t afford pay tv.
Thank you
Lynda, Bert and Dianne

Won’t be watching the show anymore because I don’t want to pay for anything else. Greed is what makes people charge u more and more subscription fees

Seal Team is probably my favorite series on tv along w/ one other. Putting it on Paramount +/streaming is effectively preventing me from enjoying the series. I do not stream, but do pay for supposed Premium channels/tv. Is CBS not a premium channel? Where does the never ending greed for more and more subscription money end- or does it? Please, consider keeping the series on the cable channel and not on a streaming venue. I can guess your subscriptions will be much, much fewer.

Wish CBS would continue to carry Seal Team rather than stream it out on Paramount+. We are older and don’t do streaming. Don’t even know how. Plus, you can’t rewind to see something you didn’t quite catch or repeat a sentence you didn’t hear when streaming. Please continue to air Seal Team on CBS!

Absolutely love Seal Team, my husband and I DVR every episode and watch it the next day. Can’t believe CBS wanted to cancel one of the BEST shows on TV.

Please boost your ratings look forward to seeing it. Please reconsider it. Enjoy it and love it. So good this show.