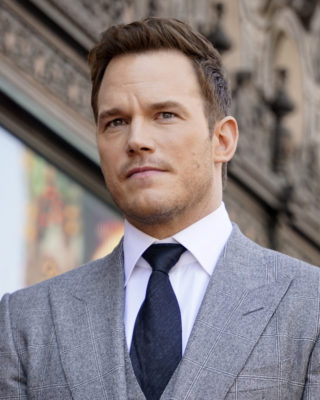 Is The Saint coming to the big screen? Variety reports Chris Pratt is in early talks to revive the Roger Moore series as a movie.

The original TV show starred Moore as Simon Templar, a spy and adventurer who robs from the rich and gives to the poor. The series ran on ITV from 1962 to 1969.

Now, Variety says Pratt is in negotiations with Paramount Pictures to play Templar in a feature film adaptation of The Saint. Few other details have been released.

What do you think? Have you seen The Saint TV series? Would you watch Chris Pratt in the film version?

Why does it take so long to decide to continue a great movie??? And although Chris is gorgeous, Adam Rayner was pretty darn good in the 2017 movie!!! Eliza Dushku is awesome as well….all the people in the movie were exceptional!!!! Get the stupid negotiations done….

There was just a movie remake released last year with Eliza Dushku and was produced by Roger Moore.

I like Chris Pratt and would watch The Saint just because of his acting ability.

I’d watch the Saint and I like Chris Pratt.

Just watched the Val Kilmer/Elizabeth Shue movie The Saint this week. It is still excellent and should have brought a sequel. Amazon Prime Video has it for those who haven’t watched it. I welcome a Chris Pratt version.

No mention of the 1997 Val Kilmer Saint movie? They’ll hopefully find a better take on Simon Templar for this project.