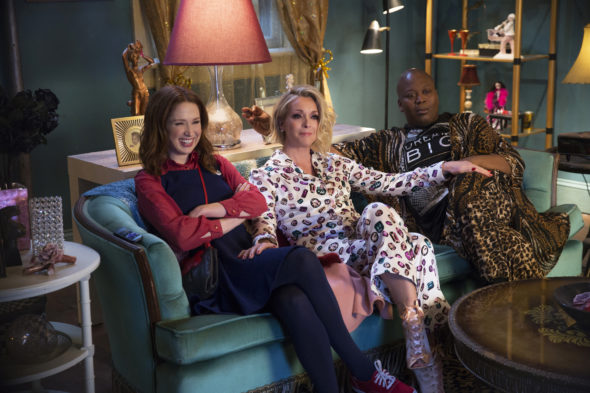 “I’m not an Eeyore; I’m a Pooh!” Netflix has released a new trailer for the fourth and final season of Unbreakable Kimmy Schmidt.

Season four of Unbreakable Kimmy Schmidt premieres on Netflix on May 30th.

See the new trailer and read more info below:

Today, Netflix unveils the new trailer and seven new images for the first half of season four of its original comedy series Unbreakable Kimmy Schmidt, premiering on Wednesday, May 30 with six episodes. The season finds the optimistic Kimmy starting a new career as HR manager of the startup Giztoob, but it’s more than she bargained for when her boss tells her she has to fire someone and she unintentionally gets tangled in a #MeToo situation. Also, Jacqueline builds her talent agency empire, but for the moment has only one client (Titus). And between creating and starring in a new (fake) TV show and directing his first middle school play, Titus’s own career begins to take off. All the while, Lillian continues to do whatever it takes to “disrupt” and “burst the paradigm.”

What do you think? Are you a fan of Unbreakable Kimmy Schmidt? Are you excited for the new season?