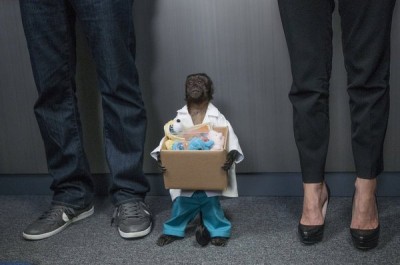 IT’S SAD THEY DID’NT GIVE THE SHOW A CHANCE. I FOUND IT TO BE HILARIOUS! IN A CATEGORY OF IT’S OWN. THIS IS THE SECOND SHOW NBC HAS TAKEN AWAY. I’LL BE GOING BACK TO CBS. YOU SUCK NBC

I lovedd the show. It had humor and lots of laughs

I love the show..
I thought it was hilarious. I hope they bring it back.
They keep stupid shows like two broke girls and Whitney

Do not understand this who makes the decisions

it was fantastic. it’s a shame it’s being cancelled.

Samara, you don`t know what you`re talking about. There was absolutely no animal abuse at all.

Keep this show on the air! One of the funniest show`s on tv.

This show is hilarious! I am surprised it was canceled, but not surprised due to the lack of advertising. Had it not been for Hulu, I wouldn’t have even heard of it. I just can’t stop laughing!!

I thought this was one of the funniest shows I had seen in years. Many people I told about it had never heard of it but were able to view the episodes after they had been broadcast and they were in agreement, this show should NOT be cancelled!!!

…and how do you know that, Christian? Did you work on the show?

Besides, you (usually) don’t SEE the cruelty. It usually happens DURING the training to get the animals to do stupid tricks. Am I a Peta member? Nope, and never have been! But I DO know those animals would rather be roaming free than forced into clothing, made to travel to and fro, and coerced into doing stupid crap to entertain you…

[…] weeks ago, NBC cancelled Animal Practice after six episodes had aired. While a preview during the Summer Olympics garnered big numbers, the […]

I personally think that Animal Practice was one of the better and funnier shows on TV. Dr. Rizzo is a panic and actually could have been the star of the show.Bad choice by NBC,they should have just aired the remaining shows in a different time slot and seen what happens.

Here’s an idea !! Why doesn’t Animal Planet or another similar network pick it up !!

Please, please, please DONT cancel Animal Practice !! It’s the ONLY show on Primetime TV that I was actually enjoying. Why is it that if it doesn’t involve sex, crimes, bad language, and violence, then it’s canceled. Please reconsider !! Put it in a different day and time slot and give it a chance !!

30 rock and the office are in their last season and they are awful. they used to be good shows. why wasnt animal practice put in the thursday night time slot to give the show time to grow on people. the show moves quickly and none of the humor is forced. not everyone loves teenybopper humor.