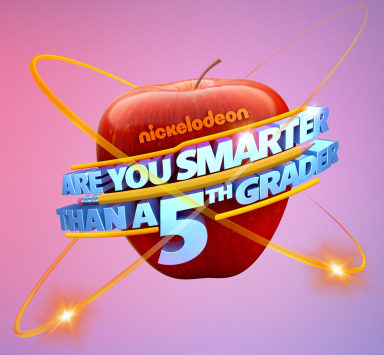 Nickelodeon wants to take you back to middle school. The cable channel has announced that they are reviving the Are You Smarter Than a 5th Grader? game show.

The series has seen a couple incarnations over the years. It debuted in primetime on FOX and ran from 2007 until 2009. The show went directly into first-run daytime syndication and aired there until 2011. FOX brought it back to primetime for a brief run in 2015. Comic Jeff Foxworthy was the host for each of those incarnations but, for the Nickelodeon version, he’s being replaced by pro-wrestler and actor John Cena.

Here’s the announcement from Nickelodeon:

NICKELODEON BRINGS BACK “ARE YOU SMARTER THAN A 5TH GRADER”

BURBANK, Calif.–Feb. 14, 2019–Nickelodeon is bringing back the iconic family game show Are You Smarter Than A 5th Grader with all-new episodes hosted by John Cena, who will also serve as an executive producer. The announcement was made today by Brian Robbins, President, Nickelodeon. Mark Burnett, Chairman of Worldwide Television, MGM (Survivor, The Voice) and Barry Poznick, President, Unscripted Television, MGM (Beat Shazam, The World’s Best) will return as executive producers of the reboot, which places kids squarely in the center of the action. Are You Smarter Than A 5th Grader begins production in Los Angeles this spring and is slated to premiere later this year on Nickelodeon.

Nickelodeon’s new Are You Smarter Than A 5th Grader follows the original premise of adult contestants putting their knowledge to the test by answering questions taken directly from elementary school curriculum. New game elements will be added to the show, including an additional “cheat” option, new ways contestants can enlist the help of their grade-school classmates, as well as a “final exam,” where contestants must answer a question from each grade in a race against the clock.

Said Robbins: “Today’s kids and parents are laser-focused on their family time together, so we want to give them shows and series that appeal to every member of the household. We’re very happy to go back to school with an amazing talent like John Cena and the MGM team for a brand-new version of this mega-hit game show.”

Added Cena: “I’m excited to partner again with Nickelodeon to host this new series, and I can’t wait to see kids defeat grownups who find themselves back in the classroom.”

Poznick said: “It’s been over a decade since we first launched this format, and it quickly became a global phenomenon. Bringing it back for a new generation with Nickelodeon and John Cena is a truly epic opportunity.”

Production of Are You Smarter Than A 5th Grader for Nickelodeon is overseen by Rob Bagshaw, Executive Vice President, Unscripted Content.

Nickelodeon, now in its 39th year, is the number-one entertainment brand for kids. It has built a diverse, global business by putting kids first in everything it does. The company includes television programming and production in the United States and around the world, plus consumer products, digital, recreation, books and feature films. Nickelodeon’s U.S. television network is seen in more than 90 million households and has been the number-one-rated kids’ basic cable network for 22 consecutive years. Nickelodeon and all related titles, characters and logos are trademarks of Viacom Inc. (NASDAQ: VIA, VIAB).

What do you think? Do you like the Are You Smarter Than a 5th Grader? game show? Do you plan to check out the new version on Nickelodeon?

My husband and I have enjoyed the game show Smarter than a Fifth Grader. We need to find the Nickoladium channel

This show is rigged, Kathy Cox did not win fairly, we have the video to prove this.. it’s sad that you all allowed this cheating to take place and robbed other contestants of the same chance.. This shows favoritism, and the fact that y’all allowed someone to win a million dollars after cheating shows the character of your company and how dishonest you all are..