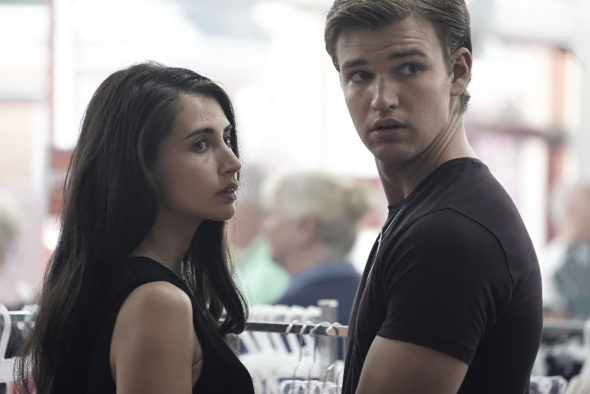 Below, watch a sneak peek of the Beyond TV show, premiering on Freeform, January 2, 2017. Freeform will make the entire first season available online, on demand, and on Hulu, at the same time. Beyond stars Burkely Duffield, Romy Rosemont, Michael McGrady, Jonathan Whitesell, and Dilan Gwyn.

A one-hour drama series, Beyond follows Holden Matthews (Duffield). After 12 years in a coma, he awakes to find he has new abilities. Finding himself in the middle of a big conspiracy, Holden has to figure out what happened to him during those 12 years and why. He’ll struggle to survive a world that changed while he was gone.

Watch the Beyond TV show sneak peek from Freeform.

What do you think? Did you enjoy the Beyond TV series trailer? Do you plan to check out the Beyond premiere?

Completely hooked from the first episode. Watched it in two nights! I can’t wait for next season!

I’m on episode 5 and i can’t sleep due to my addiction to the show……please make a season 2 and so forth……..Freeform you are letting go of a good show if it’s true that you canceled them!!!!!

I thought it was great.

LOVE LOVE LOVE IT! Beyond is amazing! Watching the final episode now. Can’t wait for more.

Watched all 10 episodes today, January 2, 2017… The only way to watch a new series! Now if they provide the rest of the series in blocks of 10 within a month it’ll be great.

I just watched the 10 episodes on demand in 2 days! I want more! Much better than TV Guide reviews it as. I don’t know what they were thinking.

Renew Beyond, it was a good show, very intriguing and makes you wonder!!

Was going to record for the priemiere and discovered that the entire season is on Now demand NO COMMERCIALS!!! My daughter and I were looking forward to this show…so binging right now…

Looks like it’s going to be a great series to watch!!!!