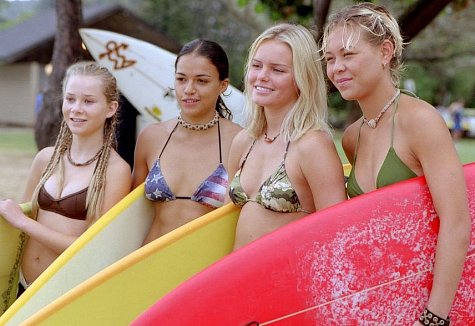 Is NBC ready to hang ten? According to The Hollywood Reporter, the network is developing a TV show based on the 2002 film Blue Crush.

From Reign writer Hannah Schneider, the drama will tell “the story of female empowerment and ambition in the world of Hawaii’s North Shore.” The movie starred Kate Bosworth, Michelle Rodriguez, and Sanoe Lake.

NBC‘s Blue Crush series is being developed by Universal Television in addition to Imagine’s Brian Grazer and Francie Calfo and Jillian Kugler.

What do you think? Are you a fan of the movie Blue Crush? Would you watch TV spin-off?