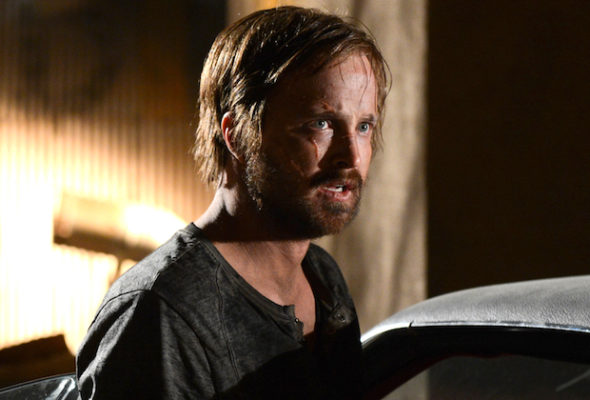 The story of one of the most beloved TV dramas continues. After months of rumors, Netflix has confirmed that a Breaking Bad continuation movie, titled El Camino: A Breaking Bad Movie, will debut on the streaming service on October 11th.

Aaron Paul returns as Jesse Pinkman and it sounds like the movie picks up where the AMC TV show left off. At the end of Breaking Bad, Jesse made his dramatic escape from captivity at the Nazi compound and in the movie, must now come to terms with his past while figuring out his future. Will he remain free?

It’s unclear exactly who else from the show will be reprising their roles. Charles Baker, who plays Skinny Pete, appears in the trailer. Photos of Dean Norris and Steven Michael Quezada, whose Hank and Gomez characters met their demises in the series, are seen on the wall in the preview. It’s not known whether Bryan Cranston, who starred as Walter White in the AMC series, will appear in this follow-up film. That said, it’s hard to believe that we wouldn’t be seeing at least a few characters in flashbacks.

Here’s the teaser and the poster: 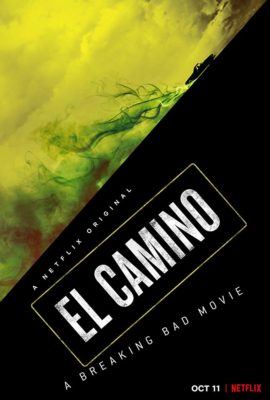 What do you think? Are you a fan of the Breaking Bad TV show? Do you plan to watch this movie?

Yes, it about time, with all the speculation going on. This should help Netflix’s numbers.

Yes, I will watch El Camino. Jesse Pinkman (Aaron Paul) can carry the show. He is excellent. Of course, I would love to see a cameo of our favorite characters.

Happy it is coming soon. Can’t wait to see how things work out.