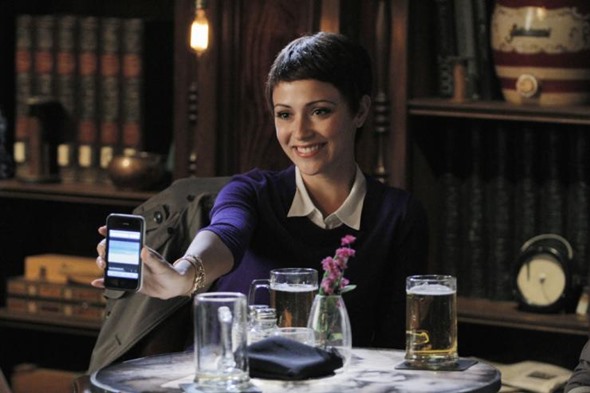 Chasing Life was cancelled by ABC Family last week, and fans were devastated to hear the news. The series aired two seasons on the cable channel and there was a direction for season three of the series starring Italia Ricci already planned.

Patrick Sean Smith spoke with TV Line about the cancellation of the series. Apparently, the series was shopped around to other outlets but no one decided to save the series from the television grim reaper.

Smith shared a lot of what was planned for the series with TV Line. At the end of season two, April headed to Italy. Someone would have gone after her at the start of season three – likely her sister. She would return to Boston, get her transplant, and then a time jump would show off its success.

She would live, and she would remain friends with Dominic. The two would not get back together. Season three would have focused on the “complexities” of their relationship.

Smith had ideas generated for all of the major characters. It is clear this series had a lot more story to share. You can read the full interview at the link above.

Are you sad that Chasing Life will not continue to tell its story? Tell us what you think.

I wish there was a season 3 to Chasing Life

Chasing Life had a perfect cast. Every actor was wonderful. The story line was thoughtful and interesting without being melodramatic. The fashion and hairstyles were a pleasure to watch. I hope there will be a season 3. Wendy

I sm SO SO SO SOOOOOOOO bummed out right now that there will be No season 3 of Chasing Life! I think this was one of the most inspiring, hopeful, well written, excellent excellent acting I have watched in a long time! I will miss seeing April and the whole Carver gang every night while I take my routine baths! I am really sad!

I wish they could have continued the show when I saw there was only two seasons I was devastated that they left the story line with a odd ending. If they continued it i think more people would watch it. I really thought it was a cool show.

I’m devastated that chasing life was cancelled….please bring it back!!!

The life is beautiful when you can see reals histories and to learn from those. Chasing life is a wonderful history. You can see it from different points. My life changed for good after i saw that TV show. Thank you..

Hello from nz..chasing life was a really amazing informative sweet show and one well written and well acted, it was a shock to know it has been given up on and cancelled just like that…sadly, as I really enjoyed it….and in my mind she beat the cancer and then snagged that hunky Dominican as a gift on top of everything..so sometimes it’s OK to finish it yourself in your own mind lol!!!!!