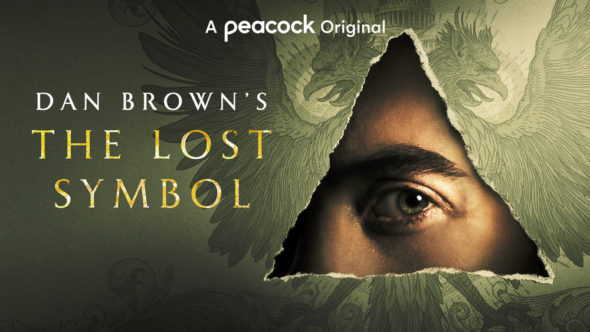 Can the conspiracy be stopped? Has the Dan Brown’s The Lost Symbol TV show been cancelled or renewed for a second season on Peacock? The television vulture is watching all the latest cancellation and renewal news, so this page is the place to track the status of The Lost Symbol, season two. Bookmark it, or subscribe for the latest updates. Remember, the television vulture is watching your shows. Are you?

Streaming on the Peacock subscription service, the Dan Brown’s The Lost Symbol TV show is based on Brown’s bestselling novel and stars Ashley Zukerman, Valorie Curry, Sumalee Montano, Rick Gonzalez, Eddie Izzard, and Beau Knapp. The series follows the promising young Harvard professor Robert Langdon (Zukerman) who finds himself pulled into a complex mystery when his former mentor, Peter Solomon (Izzard), is kidnapped. Armed with a deep knowledge of history, symbols, and dead languages, Langdon must work together with Peter’s daughter, Katherine (Curry), and other allies to find the Lost Symbol and thwart a chilling global conspiracy.

Unless they decide to publicize viewership, it is difficult to predict whether Peacock will cancel or renew The Lost Symbol for season two. Since Peacock is only partially ad-supported, it can take a chance on series it believes in, but sooner or later it comes down to production costs, versus viewership numbers. I’ll keep my ears open and an eye out for news, and will update this page with breaking developments. Subscribe for free alerts on The Lost Symbol cancellation or renewal news.

1/25/22 update: Dan Brown’s The Lost Symbol has been cancelled by Peacock.

What do you think? Were you hoping that The Lost Symbol TV show would be renewed for a second season? Are you disappointed that Peacock cancelled this TV series, instead?

This show makes you think, people just do not want to do that anymore. This is / was a good series. Too bad we lose another good one because of people would rather watch stupid reality shows where you do not use your brain.

Renew the lost symbol. It should be listed as a great series. You should have a list of series so Viewers can see what u have to offer.

Really liked the Lost Symbol hoping for a season 2.

Love the new series ” The Lost Symbol”. Gotta have a Season 2