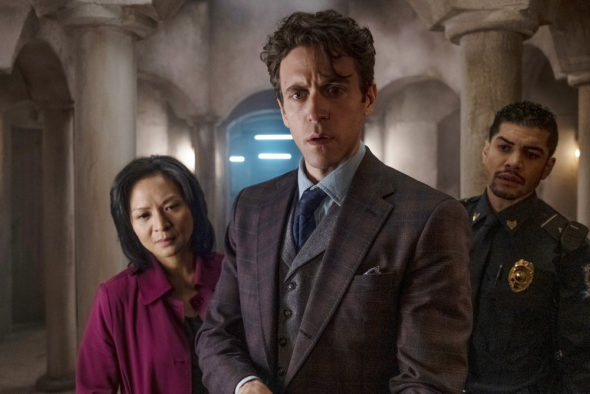 The series follows the promising young Harvard professor Robert Langdon (Zukerman) who finds himself pulled into a complex mystery when his former mentor, Peter Solomon (Izzard), is kidnapped. Armed with a deep knowledge of history, symbols, and dead languages, Langdon must work together with Peter’s daughter, Katherine (Curry), and other allies to find the Lost Symbol and thwart a chilling global conspiracy.

What do you think? Do you like the Dan Brown’s The Lost Symbol TV show? Do you think it should have been cancelled or renewed for a second season?

It should be renewed but they should find a clever way for Mal’akh to still be alive. If I wanna see more of the same then ill watch the movies or read the books. This is Dan Brown’s chance to build something new. (Preferably with a half naked and fully tattooed antihero/villain.