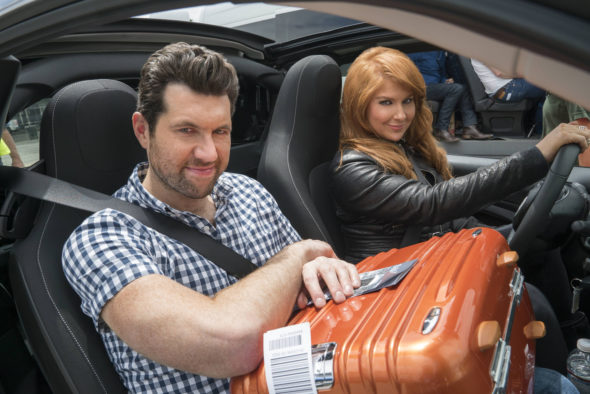 This isn’t going to be easy. The Difficult People TV show has been cancelled by Hulu. The third season just dropped to the streaming service on August 7th of this year. Creator Julie Klausner and her co-star, Billy Eichner, have confirmed the cancellation on social media and Klausner has given an interview about it (check it out, below).


My black heart is full of love reading fans’ responses to #DifficultPeople ending. THANK YOU. It was an honor and the best time of my life.


Yes it's true. DIFFICULT PEOPLE has come to an end. Thanks to many people but above all my friend, @julieklausner. A singular comedic voice & the funniest person I know. I cannot WAIT to see what Julie creates next. Thanks to all of you Difficult People out there who watched.❤️

Klausner goes further into depth about the Difficult People cancellation, with Entertainment Weekly.

“I feel great about the show that I got to make,” Julie Klausner, who wrote and created the show in addition to starring, tells EW. “I feel like the luckiest girl in the world. There are amazing shows that have ended after three seasons, like Strangers with Candy, Arrested Development — I don’t mean to self-aggrandize myself by comparing myself to those great shows — but I’m really proud of the work we did and the series as a whole.”

Even though Difficult People ended unexpectedly, its third season finale — in which Billy attempts to relocate to Los Angeles — operates well as a finale for the show, even providing a flashback to reveal how Billy and Julie met (walking out of the same Broadway dance class). “People have asked how did Julie and Arthur meet, and I’ve always said it doesn’t matter, because the show is not about their love story,” Klausner says.

“The truth of the matter is, of course I’m disappointed. I would have loved to keep doing the show, but the between Andrea Martin and Billy’s schedule, I don’t know if we would have been able to do a fourth season anyway,” Klausner says. “I’m really proud of the series as a whole, and I would love for it to live again; I would love to do a movie at some point.”

She adds with a laugh, “And, by the way, I feel really good moving forward, not only because I’m proud of the work, but because I’m on the new anti-depressant that I cannot recommend enough.”

What do you think? Did you watch the Difficult People TV series? Should it have been cancelled or renewed for season four on Hulu? Sound off, in the comments.