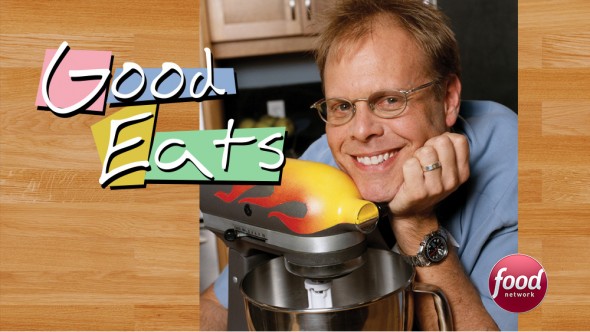 Good Eats is getting a makeover. Cooking Channel just announced Alton Brown will return for updated versions of the Food Network TV show.

Hosted by Brown, the cooking series uses humor and science to explain cooking techniques and the history of different foods. The show ran on Food Network from 1999 to 2011 and on Cooking Channel from 2011 to 2012.

Now, Alton Brown is back with 13 updated versions of classic Good Eats episodes that are set to debut on Cooking Channel on October 15th at 9 p.m. ET / 6 p.m. PT.

NEW YORK – September 17, 2018 – Alton Brown is revisiting the Good Eats library and renovating some classic episodes by adding new scenes, new science and new recipes. The result: Good Eats: Reloaded premieres Monday, October 15th at 9pm ET/6pm PT on Cooking Channel. The thirteen-episode series is both a celebration and update of favorite Good Eats moments, complete with Alton’s signature humor and smart spin on food. And in true Good Eats fashion, fans can also expect cameras where they ought not be.

“Many of our viewers learned about food from Alton Brown and Good Eats,” said Allison Page, President, Food Network and HGTV. “There’s not only nostalgia for the show, there is a demand for more – and Alton’s present-day take on classic episodes in Reloaded is a taste of what’s to come.”

“Recording artists remaster albums, directors re-cut films, classic buildings are renovated and now, I’m finally getting a chance to update some classic Good Eats episodes,” said Brown. “We went in only expecting to replace about 30% of the shows, but ended up doing more…a whole lot more!”

Good Eats, written, produced and hosted by Alton Brown, premiered in 1999 and ran for thirteen years on Food Network before making the move to Cooking Channel where it airs to this day. Combining food science, pop culture, skit humor, innovative cooking, and the occasional belching puppet, Good Eats has millions of fans and garnered a coveted Peabody Award for broadcast excellence in 2007.

Fans can join the conversation on social media using the hashtag #GoodEatsReloaded.”

What do you think? Are you a fan of Good Eats? Do you think the show should be revived?