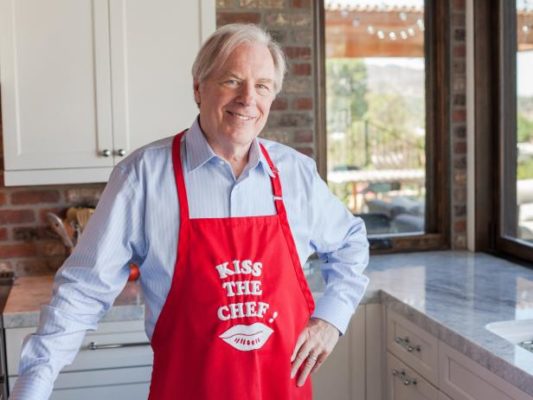 Michael McKean is cooking up some new facts. Today, Cooking Channel announced season four of Food: Fact or Fiction? will premiere in October.

Hosted by McKean, the docuseries explores “the mythology and fascinating food mysteries surrounding everyday dishes.” The new season will tackle the history of whoopie pies, tuna melts, and the possible paranormal natural of rhubarb.

NEW YORK – August 28, 2018 – Ever wonder how the birthday cake first came to be? Or which popular dish has its ties to a criminal cartel? Actor, writer, and Grammy(R) award-winning musician Michael McKean returns to explore and unmask the mythology and fascinating food mysteries surrounding everyday dishes, on Cooking Channel’s Food: Fact or Fiction? premiering Monday, October 1st at 10:00pm ET/7:00pm PT. Other themes explored during the season feature Michael following a trail of crumbs all the way to the bakery to uncover the stories behind our favorite baked goodies, and if the whoopie pie nearly caused a civil war. Then in honor of Halloween, Michael investigates dishes that are so wickedly good, they’re downright wicked, as he slices up a piece of rhubarb pie and uncovers its paranormal proclivities. And prepare to go into the wild to learn about the juiciest game meat myths and fresh fish fibs, including how we got hooked on tuna melts and the bison burger’s presidential ties.

“Michael McKean’s unique ability to blend history with doses of comedy allow viewers a front row seat on this culinary journey, as Michael shines a light to debunk some of the most outrageous food myths, challenging our held beliefs on the mysteries that are baked inside everything we eat,” said Courtney White, General Manager and Executive Vice President, Programming, Food Network and HGTV.

Viewers will be amazed to learn the facts and fiction surrounding some of our most popular dishes. In the premiere episode, Michael McKean explores all things brunch, and gets to the bottom of some of our mysterious mid-morning meals. He discovers that the Eggs Benedict was actually blessed by a Pope, along with a melty mishap to thank for the Croque Monsieur, and that the Bloody Mary was named by a saucy starlet. Pull up a chair and join Michael throughout the season, as he reveals the accidental discoveries, clever marketing ploys, and propaganda campaigns that have flavored some of our favorite dishes with a spoonful of fact and a dash of fiction.

Challenge your food knowledge with CookingChannelTV.com’s interactive video trivia games. Plus, find out the truth behind popular food urban legends, like the five-second rule, gum taking seven years to digest, and just how American apple pie really is. Join the conversation with #FoodFactorFiction.”

What do you think? Have you seen Food: Fact or Fiction? Will you watch the new season?

This is the BEST show on all of TV! I laugh, I learn, I laugh some more.
Please, please DO NOT take this show off the air. Pure entertainment & yes–educational.
Michael McKean is the most wonderful host. He has ALWAYS made me laugh.
There are so many crappy shows on TV. Take them off (I am sure we all know the pitiful shows that do NOT deserve to be on TV–but this show is stellar!!
DO NOT take it off the air. There is SO MUCH MORE to learn & laugh at.
God Bless ya, Michael McKean!

Yes, we’ll be watching.. We love this show.. Always humorous but educational. We really enjoy knowing the history, or traditions or legends of the food we eat. Cant wait for the new season.