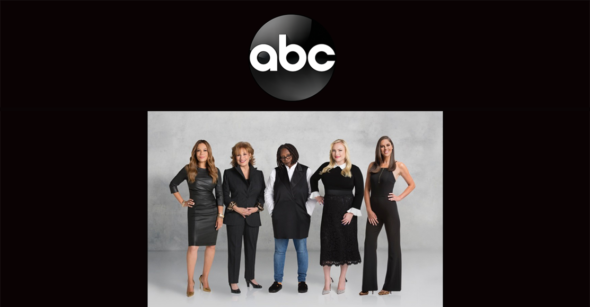 Season 22 is Kicking Off with a Can’t Miss Lineup, Including Supreme Court Justice Sonia Sotomayor, Sec. John Kerry, Stormy Daniels, Ricky Gervais and More, and It All Starts Tuesday, Sept. 4

Celebrating its most-watched season in four years, “The View” returns for Season 22 with a new co-host, the hottest topics, headline-making conversations, politics, pop culture, celebrity guests and newsmakers beginning TUESDAY, SEPT. 4 (11:00 a.m.-12:00 p.m. EDT). Abby Huntsman has been named co-host joining the panel of smart and talented women led by moderator Whoopi Goldberg with Joy Behar, Sunny Hostin and Meghan McCain. Huntsman joins ABC’s award-winning talk show from Fox News where she most recently served as an anchor and host of “Fox & Friends Weekend.” Plus Joy Behar, who is an original cast member, celebrates her 20th season on “The View.”

“We have an exciting season ahead of us and are thrilled to welcome Abby Huntsman to ‘The View’,” said Hilary Estey McLoughlin, senior executive producer. “She brings her unique life and professional experiences and has a smart, relatable and distinctive point of view on everything from pop culture to politics to parenthood. We can’t wait to return to the Hot Topics table with Abby joining our panel of incredibly talented women whose diverse voices have always played a significant role in the national conversation.”

“I couldn’t be more be excited to return to my professional roots at ABC News,” said Huntsman, who began her journalism career at ABC. “I look forward to adding my own point of view to the most interesting and successful talk show on television today. Joining the women at ‘The View’ really is a dream come true!”

Scheduled guests for PREMIERE WEEK of SEPT. 3-7 are as follows (subject to change):

Tuesday, Sept. 4 – “The View” kicks off Season 22 with Associate Justice of the Supreme Court of the United States Sonia Sotomayor

What do you think? Do you watch The View? Are you happy about the new co-host?

The View is the worst show on television. The only one I like is Meghan McCain. Basically they are incapable of having a civil discussion. The name calling and bullying should not be allowed on TV.
A total waste of air time. Makes me avoid the rest of the programming on the network.

Megan McCain is the biggest bully on the panel!

Abby is ultra conservative, and very sly, trying to appear on the fence and more liberal than her constant interruptions and protest suggest to the contrary. Not honest at all. Maybe even more worst than her conservative sister on the show who quite often throws temper tantrums.

MEGHAN too reactive and ruins this show. I have been watching for years. Ms. McCain has gotten far worse since her father passed away. She insists on interputing others, seems very unhappy, often pouts and is not a cheerful person by any account. Abby Huntsman provides a conservative view but is far nicer and is not irritating. Please STOP Meghan before .this show goes off the air. I am unsure why no one at ABC sees what I see.

Enjoyed the View for years! Hard to watch when it’s all about Meghan. Need to rename the show to the “”” The Meghan Hour”””” PLEASE get a clue Meghan, it’s not ALL about you!!!! You interrupt everyone ,and the subject seems to bounce right back to MEGHAN MEGHAN MEGHAN! I’ve cried about her loosing her dad ( most can relate), and even prayed for her & her family. Maybe she needs to get her own show? Please leave others to share their opinion because it’s not entertaining to hear all about you…. Thank you.

I liked her; but I think they will chew her up and spit her out if she isn’t in agreement with them. Mehgan is my favorite and I think a couple of them have tried their best to do it to her; but she is a strong woman and my favorite co-host.

No, thanks. If I wanted to watch fox “news” I would. I will not be watching this show any longer. It’s already too annoying to hear the new one shriek over the others to drown them out. I have just been given another hour of the day in which to do something constructive other than waste time with this mess.

Nope! Not happy with the new host. I loved Sara!

I have watched Ms. Huntsman for one month now and I wish she would return to FOX news, please. The ladies on the show tolerate her view. Ms. Huntsman needs to exit. Perhaps I will free up that hour I spend with them!