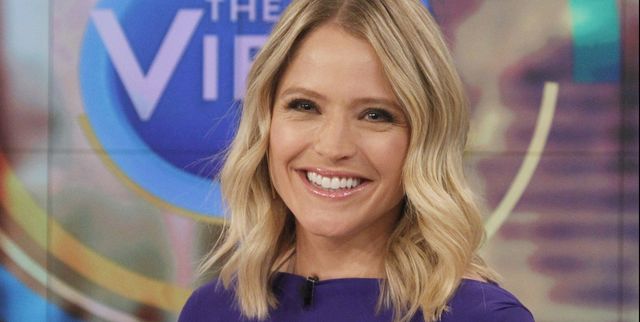 Sara Haines is returning to The View when its new season arrives this fall, per Variety. It will be season 24 for the ABC daytime talk show.

Haines appeared on The View for two seasons, but she departed the ABC series in 2018. She was a part of the Strahan, Sara and Keke series which was cancelled earlier this summer. The View has a spot open on its panel since the departure of Abby Huntsman who left the show in January.

Haines joins Whoopi Goldberg, Joy Behar, Meghan McCain, and Sunny Hostin. The panel will be doing their daily chats from home when the show returns due to the ongoing pandemic.

A premiere date for season 24 has not been set, but it will arrive sometime in September.

What do you think? Are you a fan of The View on ABC? Are you excited to see Haines on the panel again?

I am a devoted fan of the View

Glad to have her back, but please please get rid of megan

JeanieQ
Reply to  Gail A Blocker

I don’t watch, but Joy is anything but a joy. Megan is sad, like the 1/2 Native American character in the book “Brave New World”.

I’m very happy Sara’s back. I was wondering if the View would of course do the sensible thing and bring her back.

I am glad that Sara Haines is returning to the Views. Too bad that GMA change the 3 series name and didn’t bring over the current host to the new format.

Love Sarah, happy she is coming back. Strong panel, love them all.

Very happy Sarah is returning. Plus, I am a Midwest, 66 yr old, ex-republican who has always voted for the person, not the party. Whoopi is one of the most logical of all people I am able to listen to in the media. Thank you, Whoopi for helping me look at politics very logically.

Yesssssss Queen I am so glad your coming back to us your people. Love happiness and good wishes to the family can’t wait to see you back at the table Sister. Just know it your job is the put Megan in her place. Yessssss Queen Smiles

I have been saying out loud that Sara Haines needs to return. Her astute view of politics and her respectful delivery is superior! She will no doubt outshine the little spoiled, entitled, petulant brat M.M.

Glad to see Sara back, big fan of The View. Watch every day. Even when you agree they offer a different way to see things. Sara was alway a breath of fresh air. Still haven’t warmed up to McCain, it’s not her views but her demeanor. Combative most of the time, whiny and very disrespectful. She says she respects her coworkers but her actions say otherwise. Abby never acted that way. She comes off as a privileged spoil brat. You don’t have to be nasty to make a point. Even when I agree with her she still rubs me the… Read more »

I haven’t watched a daytime show all the way through since 2016.I now spend the time I used to use on TV on other things.

I am fans of Sara Haines and I am glad that she will return to the Views again. Too bad that GMA 3 didn’t keep Sara and Keke on the show. I can’t wait to see what happens when the new season of the View return in fall 2020.

Love Sara Haines! Do not watch The View!