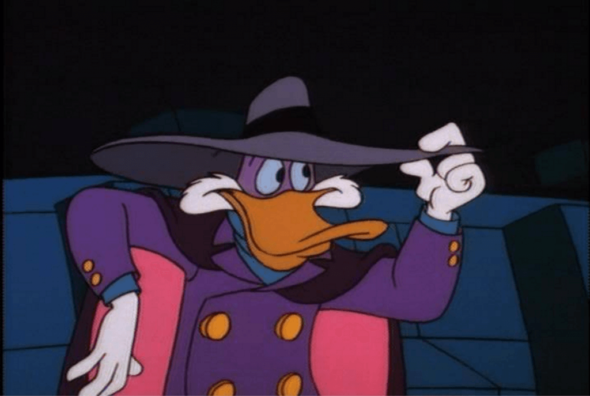 Darkwing Duck is coming to Disney XD. The network has a one-hour special for the animated character set to air in October during the upcoming third season of DuckTales.

The special, titled Let’s Get Dangerous, will air on October 19th on Disney XD. The new season of DuckTales will premiere on September 21st. The special was announced on Twitter by Frank Angones, an executive producer of the series.

Not many details were revealed about the special, but the episode will be about the “masked vigilante,” per Nerdist. The Darkwing Duck TV series aired in the early 1990s for three seasons and has popped up on this current version of DuckTales in the past.

What do you think? Are you a fan of DuckTales and/or Darkwing Duck? Will you watch the special on Disney XD?

What a great show love it omg original show so good love it.

I love both Ducktales and Darkwing Duck. I still hope that the Duckwing Duck Special will lead to the special become a regular series.