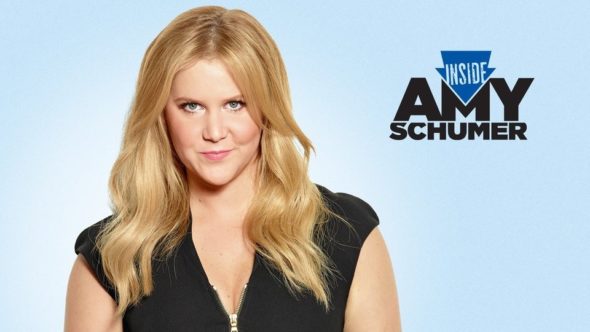 Inside Amy Schumer is returning to the small screen next month. Paramount+ is reviving the comedy series which last aired on Comedy Central in 2016.

Consisting of sketch comedy bits, stand-up comedy, and street interviews, Inside Amy Schumer launched in April 2013 and ran for four seasons on cable. Schumer both hosts the series and takes part in the sketches which feature guests.

The show was renewed for a fifth season back in January 2016 but, for whatever reason, the episodes were never produced. In February 2021, it was announced that the show was being revived and season five would consist of five specials. It’s now been revealed that the specials are now considered regular episodes.

Season five will premiere on the Paramount+ streaming service on October 20th. The first two episodes will arrive on the premiere date, and three more will air weekly. The episodes will reportedly be released on Comedy Central at a later time.

Check out Schumer’s announcement about the return of the series below.

What do you think? Are you excited to see the return of this comedy series next month?

Did anyone ask for this?

Both the metaphorical and literal depths are being explored again…. After six years, does anyone think this is likely to be any more fresh or tight or interesting than it was when it ended – I doubt it very much. Another show of lack of imagination and creativity in tv production, or are they just pandering to the demographic that knows nothing of anything before they were born – maybe six year olds is a tad young for this rubbish, or maybe not? As another commenter said below, in summary, why?