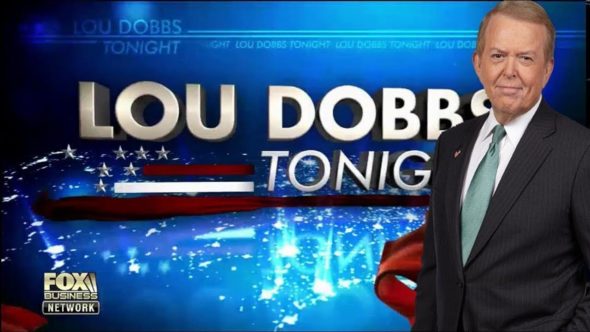 Lou Dobbs Tonight will no longer air on Fox Business Network. The cable channel has dropped the high-rated news series from its prime-time lineup. Lou Dobbs Tonight aired its last episode on February 5th, just a month short of the news program celebrating its 10th anniversary. The series premiered on Fox Business Network on March 14, 2011, and began as a CNN program.

For the immediate future, the cable channel will have a rotating group of hosts take over the time slot in a show called Fox Business Tonight. Per Deadline, the following was said in a statement about the cancellation:

“As we said in October, Fox News Media regularly considers programming changes and plans have been in place to launch new formats as appropriate post-election, including on Fox Business – this is part of those planned changes. A new 5 PM program will be announced in the near future.”

The cancellation comes shortly after Dobbs was named “among the defendants named in election systems company Smartmatic’s $2.7 billion defamation lawsuit filed on Thursday against Fox Corp.”

What do you think? Are you surprised that Fox Business Network has canceled Lou Dobbs Tonight? Did you watch this series on a regular basis?

FOX has turned into idiots!!!!
I do not watch them anymore.
I was a morning to evening viewer. However no longer

Fox in its stupidity has dropped another highly rated show, are they in a race to the bottom❓ Rupert should immediately take back his network, fire his 2 sons along with the board of directors and senior management staff, and return the network to its original programming. And while he is at it get rid of Chris Wallace, Sandra Smith, Juan Williams and Donna Brazile, they belong on CNN. What an absolute shame that his 2 kids have ruined his network in record time……sad really❗️Roger Ailes must be turning over in his grave, disgusted with the current status of the… Read more »

You called it out correctly

Not a smart move with the discovery of OAN and NewsmaxTV. Now that we have several channels to watch, we can be more selective and millions of us love Lou Dobbs!

Fox will go down because of their own stupidity.

This was the last remaining show I watched on either Fox network. Looks like no more Fox in our house. Rupert never should have given it over to his sons.

i am a huge fan of LOU DOBBS.I AM SURE HE WILL SHOW UP ELSEWHERE IMMEDIATELY.NEWS MAX?

Don’t bet on it. NewsMax is having their own issues with the same exact issues that got Lou fired, because they keep allowing Crackhead Mike the pillow salesman to spew his idiocy all over their alleged “network”.

Maybe OAN (or have they officially changed the name to QAN by now) might hire him?

Been done with Fox for some time now. MSM & now Fox all fake news!

Why would you drop one of the favorite shows when you are already losing viewers?