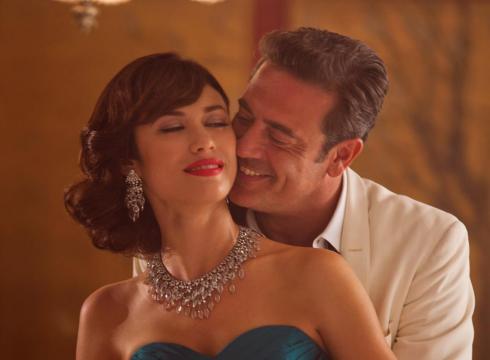 My husband and I loved the series Magic City. Wish Starz would re-think their decision to cancel this show… It kept us on the edge of our seats through all 16 epeisodes….Please bring this great series back…. Loved the music, old cars, and fashions, as well.

Thank you,
Helen and Tom Neibauer.

I’m afraid it’s too late to bring it back. The set was auctioned off long ago and the actors have hopefully moved on. Catch one of the stars Jeffrey Dean Morgan on History Channel’s “Texas Rising.” Starz really missed the boat when they cancelled Magic City!!!

I am so disappointed. I really loved this show. If the Starz Network doesn’t want to bring them back for another season perhaps another network will pick up the show. I love Jeffrey Dean Morgan.

This is the best show ever… We were hooked and then it ended. Please bring it back for a third season. PLEASE!!! Email me if you are going to bring the show back…

Please do not cancel this show. I loved it and cannot find anything as good as the story line and the characters. It will be a shame.

Bring this series back, re-do the numbers, we’ll talk after.

I love the series. I was surprised and disappointed to know the series was cancelled. Please bring it back. The casts are brilliat and the story is intriguing. Did I miss something?

We found this on Netflix and loved it soo much I searched to see when season 3 would be aired. Extremely disappointed to find it was cancelled. We watched both seasons in two days

Come on starz what were U thinking ? Or not ? This was an amazing series we need season 3

What were they thinking by canceling this series? maybe the time slot did not work for the audience but this series was amazing the best I have ever seen hope someone smartened uo and allows for a series 3.

I do not understand why you would cancel a winning production like “Magic City” It was very entertaining and compared to much offered on TV, it far exceeds them.

I have enjoyed both seasons equally as I did the soprano. I am very disappointed with the cancellation!!

The show was very interesting, well written and great actors. Found the show by accident, would love for it continue.

This was one of the best series I have seen. We just finished watching this on Netflicks and I agree that the ratings did not match the quality of this brilliantly casted gripping show. To abandoned this project would be simpley a waisted opportunity and a deep disappointment. Everything about this show was well done. Ben Diamond should win an Emmi for this and Isac, Classic!