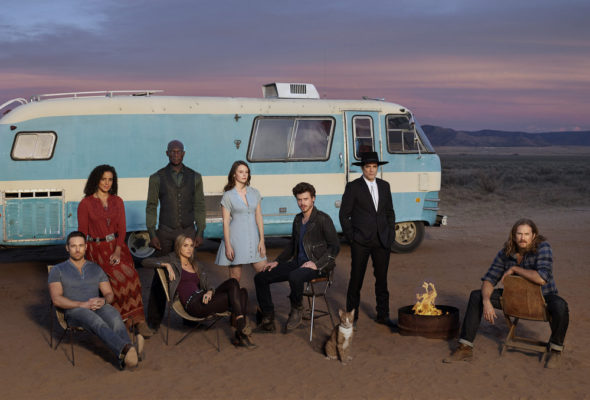 Are you watching Midnight, Texas? NBC has released new photos and details for the TV show’s upcoming season finale, but would you watch a second season?

Based on the book series by Charlaine Harris, the drama plays out in the remote Texas town of Midnight, where only outsiders belong while normality is just plain weird. The cast includes François Arnaud, Dylan Bruce, Parisa Fitz-Henley, Arielle Kebbel, Jason Lewis, Peter Mensah, Sarah Ramos, and Yul Vázquez.

It remains to be seen if NBC will renew Midnight, Texas for a second season. As of reporting, the series’ low ratings suggest a cancellation. So far, season one is averaging a 0.73 rating in the 18-49 demo and 3.03 million viewers, making it one of the network’s lowest-rated shows for the 2016-2017 season.

The season one finale of Midnight, Texas premieres on NBC on September 18th at 10 p.m. ET/PT.

Check out a preview, new photos, and more from the upcoming episode below: 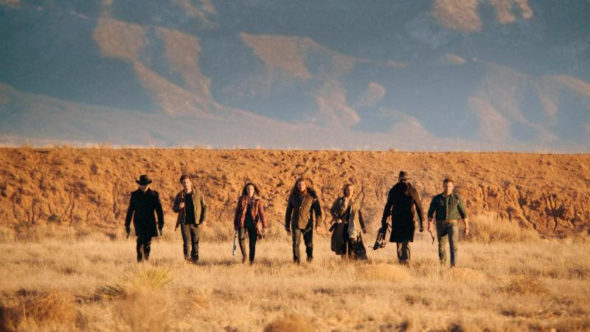 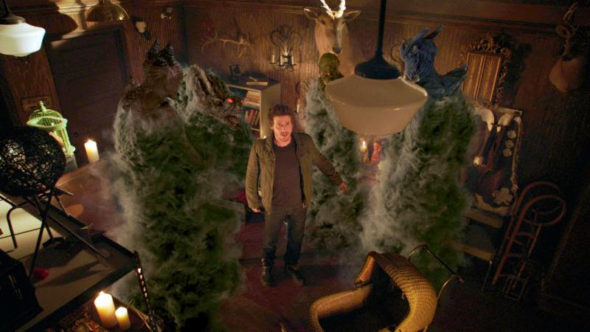 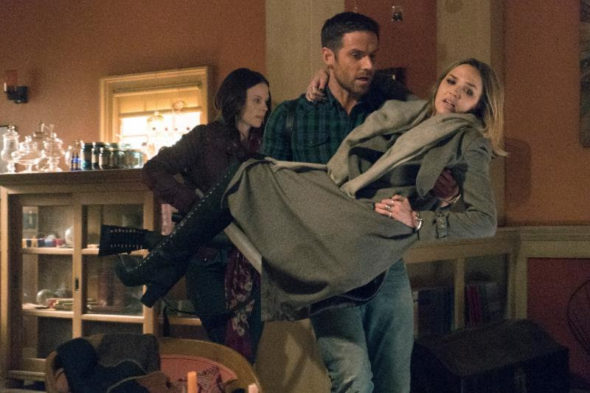 The Virgin Sacrifice
THE GATES OF HELL HAVE OPENED IN MIDNIGHT – With Hell literally about to erupt onto Witch Light Road, and Fiji (Parisa Fitz-Henley) about to be claimed by the Demon who has been tormenting her, Manfred (François Arnaud) leads the Midnighters to take back their home from the evil forces that occupy it. As Bobo (Dylan Bruce) turns his attention to saving Fiji, Olivia (Arielle Kebbel) and Creek (Sarah Ramos) confront the wraiths. Manfred focuses on killing the demon and closing the veil with the help of Lem (Peter Mensah), Joe (Jason Lewis), and the Rev (Yul Vazquez). Manfred takes a desperate gamble and risks his life by asking for help from an unlikely source.

What do you think? Do you like Midnight, Texas? Should this TV show be cancelled or renewed? Would you watch a second season of this NBC series?

I love Mifnight Texas, can’t wait for season two. Have told everyone about and we’re having a premiere party.

I really enjoyed Midnight, Texas and I bought the series. I am really looking forward to Season 2!!

Pat
Wonderful series. We need more of this to survive!

Really loved this show, so YES, anxious for season 2!!

Def looking forward to season 2. Theres nothing on tv quite like it.

I love the show. Can’t wait for season 2 to come out. When is season 2 coming on?