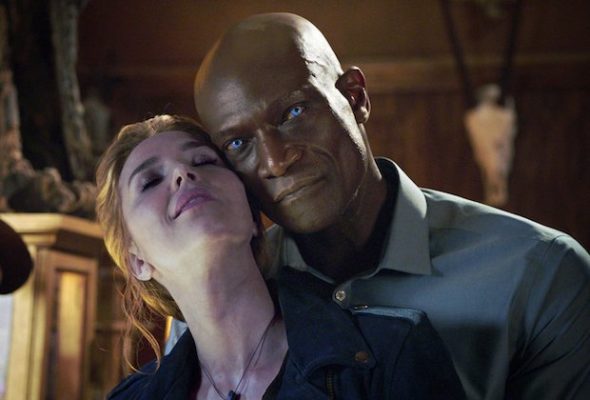 When will Midnight, Texas return? Recently, Charlaine Harris revealed season two is expected to debut on NBC this fall.

On Twitter, Harris announced that “if everything goes as planned,” season two of Midnight, Texas will premiere on NBC in October. Production listings for the show confirm shooting will begin in July.

NBC has yet to announced a season two premiere date, but you can read Harris’ announcement below:

If everything goes as planned, it looks like season 2 of #MidnightTexas will begin in October. Thank you all for the love and support and a big shout out to the wonderfully talented cast for bringing #Midnight to life! pic.twitter.com/YtH2aOqABb

Love midnight Texas hope it goes beyond season 2. Just my cup of tea and & after final episode of originals ,we need a good supernatural shoe

I am very excited to see season 2 of midnight Texas. I have been waiting a long time, and I have not been very patient lol. I can’t wait.

I absolutely love this show. I do not watch TV very much but this show is done so well I have not missed one episode. I cannot wait until it is back on TV.

I loved the first season of MidNight Texas! I am so excited to see that thy are bringing the show back! I’ve been patiently waiting and I can’t wait to see what the new season has in store!